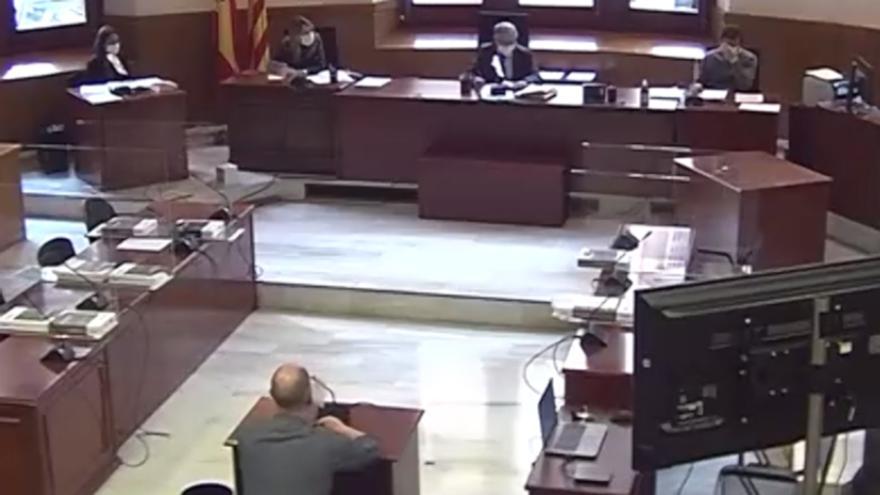 The Barcelona Court has sentenced the young independentista Adrián Sas to three and a half years in prison for attacking two agents of the Mossos d’Esquadra with a stick in the demonstration of the first anniversary of 1-O in the vicinity of the Parliament.

In its sentence, section 5 of the Audiencia de Barcelona imposes a sentence of 3 years in prison on the convicted person for a crime of attack on law enforcement officials and another six months in prison for a crime of injury. The court considers it proven that Sas struck two officers with a “rigid” wooden stick one meter in length. He hit the first one on the chin while “trying not to move a fence,” the court highlights, and repeated the attack when the policeman was on the ground. The second he hit him in the helmet. Both officers suffered minor injuries.

The case was marked by political controversy. On the day of the trial, the Government spokesperson, Meritxell Budó, assured that the attorney for the Generalitat, who exercised the private prosecution of the case, had asked to suspend the session, something that did not really happen. In addition, despite the fact that the JxCat and ERC groups in the Parliament demanded that the Generalitat withdraw from the trial, the Government maintained the accusation.

To reach the conviction, the magistrates fully accept the arguments given during the trial by the two wounded mossos (one of them Inspector Jordi Arasa, convicted of attacking 15-M protesters) and other agents who witnessed the events, discarding the version of the defendant, who alleged that he did not hit the agents.

The statements of the wounded mossos, who identified Sas as the person who struck them, are for the court “credible and reliable” due to their “clarity, persistence and consistency” from the beginning of the case. “There is no reason to presume that the witness is lying; in fact, it would not be normal for an attacked person to accuse an innocent person for the attack,” the court remarks regarding Arasa’s statement.

Second, the court emphasizes that the recordings of the case show that the person who beats the agents “remarkably coincides” with the accused. Likewise, the court supports the investigation of the Mossos, which based the identification of the accused on the red handkerchief that he was wearing at the time of the events and that had a shield of a castle group of Vilafranca del Penedès (Barcelona) to which it is linked the accused.

The possibility that all these elements “come together in a person other than the defendant”, emphasizes the court, “is practically remote”.

In a statement, the support group for the accused and the organization Alert Solidària, which defended the young man, has accused the Generalitat of “treason” for not withdrawing as an accusation and of “defamation” of Budó for his statements about the suspension of the trial .