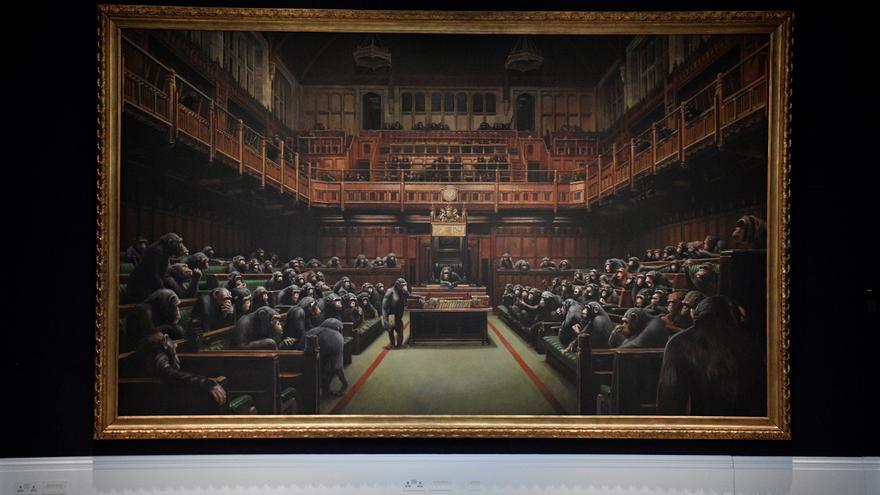 Brussels, Apr 20 (EFE) .- "Banksy, genius or vandal?" is the question posed by the immersive exhibition on the street artist that opens in June in Brussels and whose tickets go on sale this Tuesday, after a great expectation generated among the public that even led the organizers to activate a countdown in their Web.

More than 70 works, authenticated and loaned by private collectors from around the world, make up this interactive journey in which the work of the famous and enigmatic graffiti artist comes to life thanks to movement and technology and allows the viewer to immerse themselves in his universe, according to the show organizers.

In addition, virtual reality will be another element that completes this experience and that will take visitors on "a unique and multisensory journey" to the genesis of the artistic creation of graffiti artists, the streets of Bristol (United Kingdom) and the world. and that have served as a canvas for Banksy throughout his career.

"Devolved parlament", which replaces the members of the British Parliament with apes, "No balls" or an Elizabeth II are some of the exhibits in this exhibition that, like the rest of the exhibitions that deal with him, have not been authorized by the artist.

The exhibition, which will be located in a building located in the central Brussels enclave of the Grand Place, will open its doors on June 2.