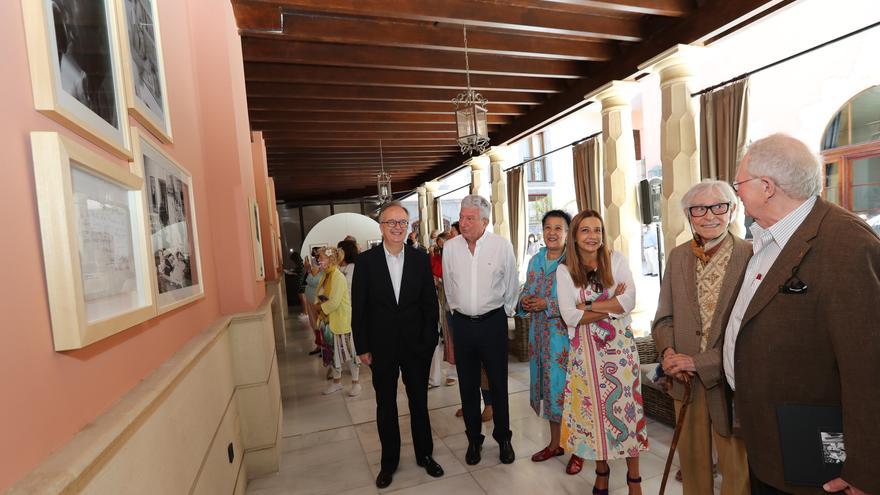 From 1971 to August 1992, a month before his death, Linus G. Jaslin shared with César Manrique many visits and cultural experiences in the Canary Islands, Madrid and Berlin.

“I met César Manrique in 1971, at the inauguration of Lago Martiánez in Tenerife, two days later we went from Tenerife to Gran Canaria, and the next day we moved to his house in Tahíche (Lanzarote)”, the photographer told journalists .

That same day César had a dinner with several friends “and he asked me to cook for them a Zürcher Geschnetzeltes (typical Swiss dish). It turned out very well and everyone liked it. From that moment, every time I went to Lanzarote I entered your home without warning. ”

The images in the exhibition “Manrique inédito” were selected from a total of nearly 2,000 negatives that Jauslin has at his home in Zürich.

“I did not think to do anything with the photos, I kept them for a long time, without any intention. But in 2019, on the occasion of the centenary of the birth of César Manrique, this project arose,” the photographer has indicated.

Jaslin was able, from his privileged position, to capture unique scenes, at close range from César Manrique.

“I took pictures of César while he was working, I had the privilege of his closeness and friendship,” he said.

“He let me do it, there is a photo, for example, in which he is signing a painting, something unusual.”

In other snapshots he appears playing with his dog, in the garden of his house, among his works, talking on the phone, and in other everyday scenes.

The last photos in the exhibition date from September 1992, a month before the artist’s death in a car accident.

“On the last visit I made to Haría, I had a glass of wine with him in the morning and he hardly drank, but he toasted with me. That was a few days before his accident,” he recalls.

In addition to Linus G. Jauslin, another friend of César Manrique, the painter Pepe Dámaso, has presented the exhibition that opened this Saturday.

The exhibition incorporates other complementary contents, such as a portrait of Pepe Dámaso made by César Manrique himself, or a large mural by the Lanzarote-born creator that will be permanently installed in the Hotel Santa Catalina in Las Palmas de Gran Canaria, where the sample is exhibited.

Pepe Dámaso has highlighted the great figure that César Manrique represented both for art and the environment in the Canary Islands and declared himself excited by this exhibition that now reminds him.

The exhibition that is now shown in the capital of Gran Canaria was inaugurated two years ago in Teguise (Lanzarote), where it attracted more than 15,000 people, and later traveled to Bilbao.

On this occasion, the total number of photos that are exhibited has been cut and instead of a hundred as on other occasions, 65 have been chosen.

It includes some images of César Manrique and Pepe Dámaso together, portrayed by Jauslin, and the largest canvas that Manrique made.