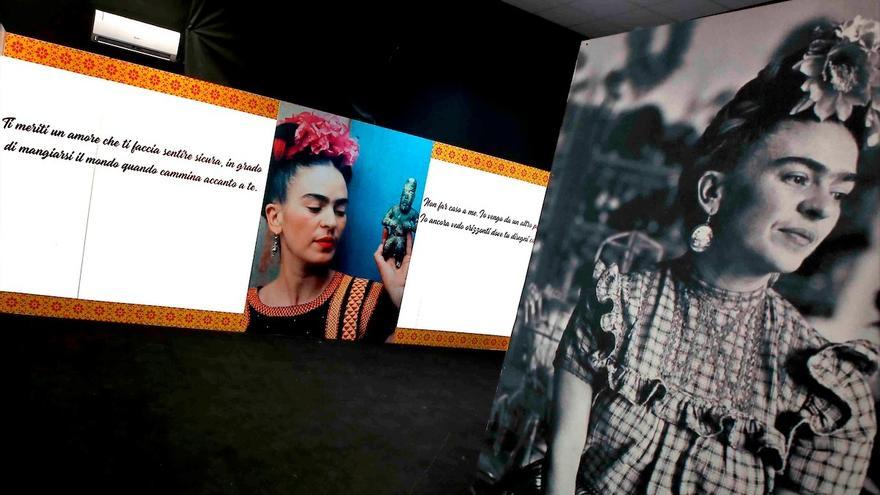 Rome, Sep 15 (EFE) .- The exhibition “Frida Kahlo – Il caos inside”, which pays homage and disseminates the example of the historical figure of the great Mexican artist Frida Kahlo, began with “optimism” its journey in Naples (south from Italy), where it can be visited until January, sources from the organization of the exhibition told Efe today.

“We want to make the example of Frida Kahlo speak to the whole world in this chaotic historical moment, but especially to the women who fight daily for their health and survival for independence,” said the organizer of the exhibition, Salvatore Lacagnina. .

This exhibition, opened to the public last Saturday, talks about “one of the most beloved female figures in the world” and also aims to serve as a “tribute to all women who fight,” he added.

Through the Neapolitan Palazzo Fondi, which hosts the exhibition that can be visited until January 9 and which has already been in Rome and Milan, “between 400 and 500 people have passed,” a “positive statistic”, according to sources, that They hope that their visitors continue to grow thanks to the school trips that begin these days.

The structure of the exhibition presents life-size reproductions of the Blue House, where the artist lived until her death, with “dresses, accessories and objects loved and used by Frida to introduce the public to the cultural, political and family climate of Mexico in the that the artist was formed “.

Different paintings will also be exhibited, such as the original “They ask for airplanes and give them petate wings”, an oil on cardboard from 1938 from a private collection in Madrid, as well as 15 self-portraits reproduced in digital format.

The exhibition concludes with the projection of the three-dimensional animated film “Frida Kahlo – Il viaggio”, made exclusively for the exhibition and screened in a special cinema with multisensory effects.