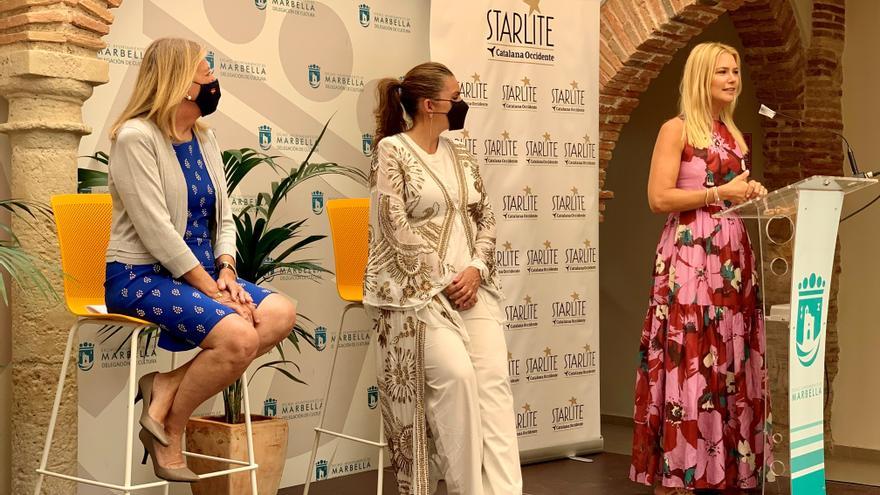 Marbella (Málaga), May 31 (EFE) .- A photographic exhibition in the open air and fifty figures designed by the Mexican artist Roberta Lobeira displayed in the streets of Marbella are some of the novelties, along with other “many surprises”, of the next Starlite music festival, which completes a lineup with more than fifty concerts.

This was announced this Monday by the founder and president of the Starlite group, the Canarian Sandra García-Sanjuán, during the presentation of the event in the city of Malaga that has hosted it for the last ten years and is preparing together with him to experience its tenth anniversary.

There will be “a before and after” of a “very special” Starlite that this year “is celebrating”, said García-Sanjuán, who explained that they have worked both on the poster and on the aesthetic and visual aspect of the venue. in order to surprise the public.

The organization of the musical contest has counted for the design of the figures that “will adorn the city” with the collaboration of the Mexican artist Roberta Lobeira, author of the paintings of the three seasons of the popular television series “La Casa de las Flores” .

Finally, an outdoor photographic exhibition will capture in images what these ten years of Starlite have been, a contest that has been attended by artists and groups of the stature of Julio Iglesias, Sting, Jamiroquai, Pet Shop Boys or Luis Miguel and that expect, among others, Plácido Domingo, Alan Parsons, Maluma or Camilo.

García-Sanjuán has emphasized the importance of music as a “motor and dynamizer of tourism” and has been satisfied that Starlite acts as an “ambassador of the Spain brand” by crossing borders to even reach countries like Saudi Arabia.

For her part, the mayor of Marbella, Ángeles Muñoz, has announced that the plenary session of the Marbella Council has approved this Monday a concession to the Starlite group that will allow them to celebrate this event until 2027.

Along with them, the Argentine model Valeria Mazza, ambassador of Starlite and the World Tourism Organization (UNWTO), has coincided with the Deputy Minister of Tourism of the Junta de Andalucía – an entity that has just joined as a collaborator of the contest-, Manuel Alejandro Cardenete, in highlighting the courage of a festival that was held in times of pandemic.