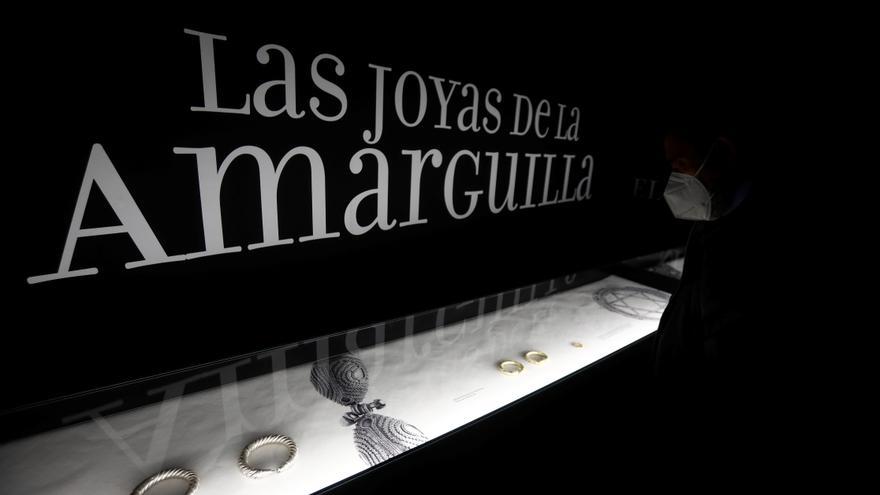 Córdoba, Mar 1 (EFE) .- The Archaeological Museum of Córdoba exhibits until next June the so-called "Treasure of the Amarguilla", an "exceptional" set of goldsmith pieces from the 11th century Cordoba caliphate and whose discovery has been possible after searches through the internet and social networks.

A photo of one of the pieces offering it to the highest bidder on a sale website alerted an archaeologist from Córdoba, who reported to the police officers who are ensuring the protection of the rich heritage of this country and they, after an investigation against the clock , they were able to recover in Baena (Córdoba) a unique treasure of 623 high quality pieces.

According to the deputy inspector of the Police attached to the Junta de Andalucía, Joaquín Gómez, the investigation began just a year ago when a photo of the pieces appeared on social networks and, after the first investigations, the actions were carried out in the Cordovan towns of Lucena, Luque and Baena.

During that time, statements were taken from several citizens and the fence was narrowed to a Baena neighbor, who led the investigators to an industrial warehouse where he kept the treasure that, according to his testimony, he had accidentally found hidden in the Amarguilla farm. hence the name that the collection has acquired.

The ultimate objective of the investigation was "to avoid the possibility that these pieces could become part of the illegal trade", according to the proud account of Sub-Inspector Gómez, who has been a firm supporter of strengthening the Historical Heritage Research Group of Córdoba due to to the important legacy that this province keeps.

The little treasure stands out for its "abundance" and is made up of a collection of 623 11th century pieces, among which a six-pointed Star of David stands out; 98 works of gold, silver and gilded silver; 14 quartz and rock crystal beads; 4 cylindrical pink coral beads; 476 pearls, irregular pearls, which form bracelets; earrings or rings.

Before its exhibition, a "meticulous study and work has been carried out to recover the pieces that were in very bad condition" and that has had an investment of 15,000 euros, as highlighted by the Culture delegate of the Junta de Andalucía in Córdoba, Cristina Casanueva.

For her part, the director of the Archaeological Museum of Córdoba, María Dolores Baena, explained that the study techniques have made it possible to place the complex chronologically "at the beginning of the 11th century", probably the result of a concealment made in times of convulsions. political and military, such as that of the 'fitna' (civil war) at the end of the Umayyad Caliphate. "

It may be the best preserved Caliphate treasure of the sixteen that are recorded throughout the world, hence its exceptional value and that, once its temporary exhibition is over, it will become part of the rich historical collection of the Cordovan museum .

In this little treasure stand out, first of all, two pairs of anklets, one for the wrists and a larger one for, surely, the ankles or arms.

The four pieces are cylindrical, with the pointed ends simulating the heads of birds in the small ones and simple cones in the larger ones and the body formed by a flat twisted ribbon, while two pairs of gold filigree earrings also stand out, one pair shaped flared and another with a slightly inverted semicircular outline.

But without a doubt, one of the jewels of the treasure is the golden six-pointed star, something "unique" that gives an "extraordinary value" to the whole and that suggests that the pieces were the property of a wealthy Jew from the area who buried a collection now found by an archaeologist digging up one by one the sales pages found on the internet.