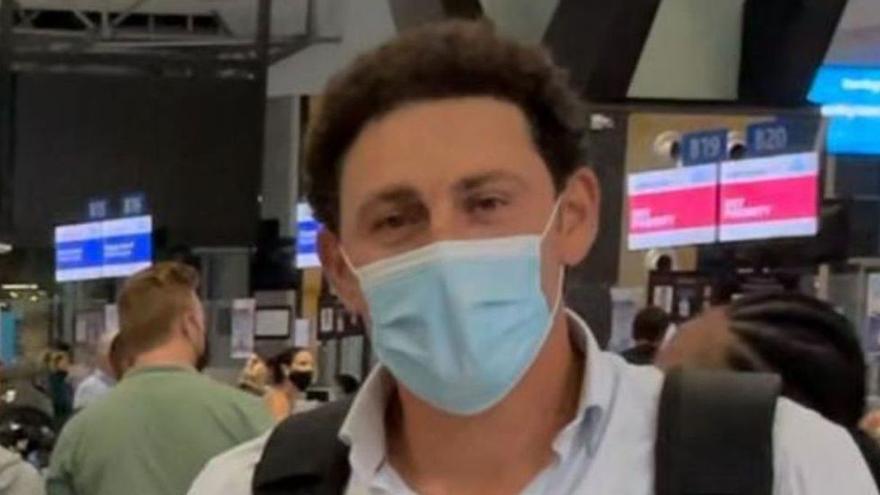 It was aimed to be a placid start to the season of Golf and ended in an unforgettable chaos between the airport and the Embassy in Larra’s “Come back tomorrow” mode. The Asturian golfer Alfredo Garcia Heredia (Gijón, 1981) speaks from the Johannesburg terminal (South Africa). He is one of the hundreds of Spaniards affected by the cancellation of flights due to the strong expansion of the omicron, the new South African variant of the covid that brings countries around the world in check. “Everything got out of hand on Thursday when we learned that the UK included South Africa on the list of dangerous countries for the new variant. The cancellations of the flights began and the chaos to try to return ”, explains Heredia, calm, that yesterday, at the end of this edition, he had to get on a plane to return to Spain making a stopover in Amsterdam.

The man from Gijón arrived in South Africa last Tuesday to play three tournaments that mark the start of the golf season: the Joburg Open, the South Africa Open and the Alfred Dunhill Links. He was going to stay for three weeks. When he left nobody was talking about the omicron variant. “Despite the announcement of United Kingdom, the tournaments were going to go ahead, but many players decided to leave ”. That’s when the problems began: there were no flights to return to the countries of origin. Get a plane pass, a chimera. Many airlines only accepted residents. Travelers in transit were not allowed to enter the airport. “Finding some return tickets to Madrid seemed impossible to us. We had to go to the Embassy, ​​where they treated us phenomenally ”. The organization of the tournament managed to charter a flight to Dubai just for the players so that, once there, each one could return to their country. At the last minute it was canceled. “They informed us of new restrictions. It has been two crazy days. When I opened the email and they told me that we had to find our lives, I did not believe it. We would go to the hotel and wake up in the morning thinking about what to do ”.

On Saturday a light was turned on thanks to the management of one of the tournament players and a contact with an airline. The solution was to make a stopover in Amsterdam. Heredia already had the boarding passes in his possession, a real treasure for the hundreds of Spaniards who are trapped. “Paradoxically, the airport is very quiet because almost no one is allowed to travel. The Italian Government chartered a flight for its citizens and there were trips to New York that were canceled ”, explains the golfer, who finished sixth last season in the Challenge Tour, which earned him to qualify for the European, the appointment that was disputed now. The first of the tournaments to be held could end. Heredia was the thirtieth. Although this time the sports position was the least of it. The important thing was to return.