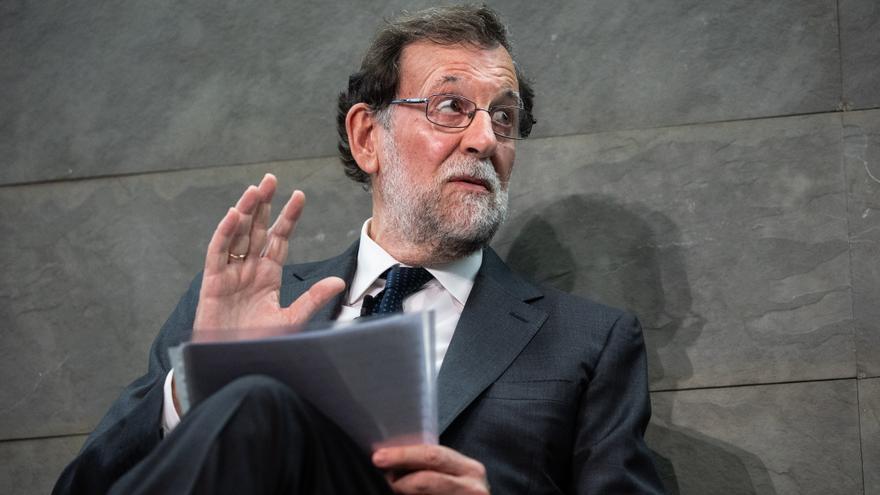 The Labor, Inclusion and Social Security Commission of Congress gave the go-ahead on Monday for the pension reform to reach the plenary session of Congress for its final processing. This rule promoted by Minister José Luis Escrivá and agreed with the unions and, in part, with the employers, involves incorporating the updating of pensions with the CPI and includes the new intergenerational equity mechanism, which involves an increase in social contributions for balance the accounts with the pensions of the baby boomers. But it also incorporates, after its parliamentary processing, changes for some groups in the small print.

This is the case of notaries and registrars. The Law to guarantee the purchasing power of pensions and other measures to reinforce the financial and social sustainability of the public pension system - the full name of this regulation - has included at the last minute a change for the retirement of these two groups of pensioners. officials. As of the approval of the law, the forced retirement age of these workers will be increased from the current 70 years to 72.

It is a final provision in the law that modifies another regulation that specified the retirement conditions for notaries and, by extension, registrars. This is one of the amendments that Genís Boadella, PDeCAT deputy, had presented to the initial text. Finally, it has been included in the opinion that will reach the plenary session of Congress for its final approval. The measure was supported by almost all the groups in the commission, with 36 votes in favor, a single abstention and no vote against.

The change affects forced age. That is, retirement is maintained at 65 years, which can be extended voluntarily. If currently the limit is 70 years, with the modification of the rule the affected workers will be able to take it, always voluntarily, up to 72. The text of the new article included indicates that these workers, if they want to continue working for two more years, will have to notify it previously to the General Directorate of Legal Security and Public Faith, dependent on the Ministry of Justice, two months before reaching the age of 70. The extension may only be denied if the deadline for this request is not met, as stated in the article.

The PDeCAT justified this reform in its amendment in that "the optimal physical and mental situation and the increase in life expectancy, means that practically all its members reach the age of seventy years in full capacity to exercise their function and at the zenith of his professional experience. " "It is a group capable of prolonging its professional activity as it is carried out in other assimilable professions," the amendment states. "In addition to rationalizing the spending of the pension system, this measure does not pose any obstacle in accessing the notarial and registry career, maintaining a high and constant rate of replacement of notaries and new registrars during the next few years," ditch the text.

José Miguel Tabarés, vice dean of the College of Registrars of Spain, emphasizes in conversation with this medium that it is a "voluntary" measure and that "it had already been produced between different groups of officials." Thus, he explains that the approval of this amendment was "expected" since it was something that had already been applied among other groups of public workers such as judges, prosecutors and lawyers, who for years could extend their working lives to 72 years. "I would say that we were the only ones left to make this expansion," he stresses.

As a detail, remember that among the group of registrars is the former president of the Government Mariano Rajoy, who He returned to his place of the mercantile registry after leaving Moncloa for the 2018 motion of censure that raised Pedro Sánchez to the presidency. At 66 years old, the Galician politician, currently assigned to the Mercantile Registry 5 of Madrid, could extend his career as a registrar for another six years.

Tabarés, coinciding with the PDeCAT argument in its amendment, points out that this change is due to the increase in life expectancy and the capacity of the registrars to continue working for a few more years. In addition, it recalls that in the case of notaries, until a reform in the eighties, the forced retirement age was allowed to be 75 years, although it was subsequently reduced to 70. The General Council of Notaries, consulted by this means , has avoided making assessments of this change since it is for now a parliamentary procedure prior to the final approval of the rule.

The Labor and Social Security Commission of Congress endorsed the final opinion on the pension reform on Monday, which will now have to reach the plenary session for its final approval. The government parties, PSOE and United We Can, finally achieved the support of ERC, the PNV or Compromís and the votes against the PP, Ciudadanos, Vox and the CUP. EH Bildu abstained. The PDeCAT, in addition to the extension of the forced retirement age of notaries and registrars, managed to include two other amendments referring to the social protection of workers with disabilities or the early retirement of workers with a long paid career.

The PDeCAT amendment is just one of the aspects included in the pension reform, which has focused the activity of the Ministry of Social Security in recent months. This new law includes the aspects that have been approved between the Government, the unions and the employers, although these only in part, to try to reinforce the maintenance of the pension system and the repeal of the reforms applied by the Government of the Popular Party.

This reform has been done in two phases. The The first included as a main aspect the repeal of the revaluation mechanism of the PP, which was set at 0.25% per annum. As of the approval of this standard, they will be updated by law based on the evolution of the CPI. Other measures of this first block were aimed at discouraging early retirement. The second phase, closed last week, It involves the creation of a new intergenerational equity mechanism (MEI) that replaces the sustainability factor approved by the PP and which, on paper, was going to cause a reduction in future pensions.

The new system includes a temporary rise of 0.6% —0.5% by the company and 0.1% by the worker— of social contributions for a decade to try to sustain public pensions with the arrival of the generation from baby-boom to retirement age. This last aspect, which has been incorporated into the final opinion of the reform for its vote in the plenary session, does not have the endorsement of the employer, which rose from the negotiating table. Other aspects will remain pending in future social dialogue negotiations.

Parallel to this reform, which is already in its final steps in Congress, the Government has approved this Tuesday in the Council of Ministers a draft law to create a public pension fund linked to employment. With this system, Escrivá intends to promote the private savings of workers as a complement to the public pension, trying to ensure that this route, little developed in Spain beyond large companies, reaches SMEs, the self-employed and civil servants. The Executive hopes that this fund, which will be privately managed but publicly controlled, is definitively approved before next summer.