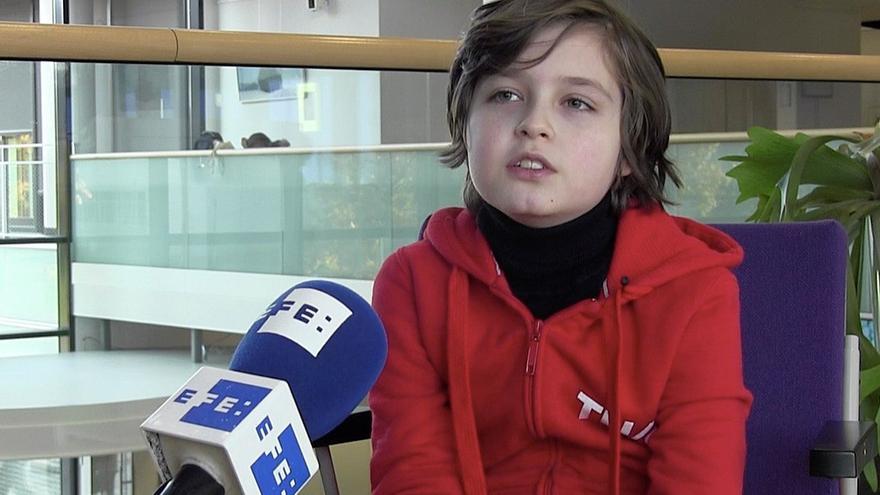 The 11 year old gifted boy, the Belgian Laurent Simons, known for his plans to finish a university degree in nine months, instead of three years, he got his Bachelor of Physics at the University of Antwerp with an average of nine out of ten and in a single course, as had been set.

Simons started primary school at the age of four and he accessed the equivalent of a Secondary Institute, the Sint-Jozef Humaniora in Bruges, with only six years, completing this stage in 18 months, when this is obtained in eight years, before entering the university with nine years.

He does not know how long it will take him to finish his master’s degree now, but he assures that he is not doing it to break a record, but to “Achieve their goal”, which is “to be able to replace as many parts of the body as possible with manufactured organs”, he assures.

The young man also made headlines two years ago, when a dispute between his parents and TU Eindhoven University forced him to abandon his studies in Electric engineering in the Netherlands.

One of the youngest university students

The young man then explained that, after promising that he would be able to obtain his degree before his tenth birthday -on December 26, 2019-, the Dutch university sent him an email in which he indicated that the teachers had to adjust the learning schedule so that he could graduate in mid-2020, nine months after his goal.

As an argument, the Dutch university center assured that the young man needed more time to develop the skills that belong to the final phase of the study, such as “understanding, creativity and critical analysis”, and that the opposite would have been “excessive pressure” on this child, who was only nine years old at the time.

The parents then immediately began negotiations with different universities to send their son to complete his bachelor’s degree, with Israel Y USA as two of the favorite destinations, but eventually ended up choosing Antwerp.

Laurent is not the first child to complete such a feat: in 1994, the American Michael Kearney graduated at the age of 10 from the University of South Alabama, where he studied Anthropology and was distinguished with the “World Guinness Record” for the youngest college graduate.