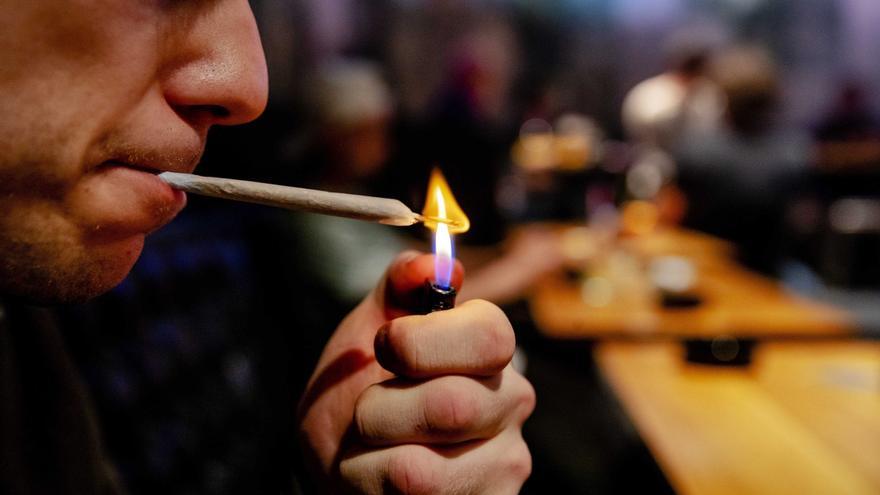 Amsterdam, Jan 8 (EFE) .- The Mayor’s Office of Amsterdam, backed by the Police and the District Prosecutor’s Office, announced this Friday its willingness to prohibit foreign tourists from accessing “coffee shops”, venues for the sale and consumption of marijuana, due to the increase in demand for soft drugs caused by “cannabis tourism”.

In a letter, Mayor Femke Halsema said that all non-Netherlands residents should be banned from entering “coffee shops” because the increase in what is already labeled as “cannabis tourists” has contributed to significantly to the high demand for soft drugs in the Dutch capital.

“We have seen many groups of young people who only come to Amsterdam to go to the” coffee shops “, recalled the mayor of a capital that has seen the number of these coffee shops drop from 283 to 166 in the last two decades, while skyrocketing the demand.

Almost a third of the coffee shops in the Netherlands are located in Amsterdam, which, according to Halsema, is a “significant incentive for foreign tourists” who often “cause inconvenience to residents” after taking drugs in a city that struggles against the fame of being a place of “parties and alcohol”.

The mayor is clear about the objective of this measure: “We would like tourists to come interested in the richness and beauty of cultural institutions. and not the tourists who only come here to walk drunk and drugged through the streets ”, he declared, in statements to Dutch television NOS.

According to an investigation carried out by the municipality, a large number of foreign tourists would no longer want to come to Amsterdam if they are prohibited from entering the ¨ “coffee shops”, which would mean that, in 2025, the Dutch capital would only need 73 premises for the sale and consumption of marijuana to meet local demand.

The mayor has yet to discuss her plans with the owners of the “coffee shops” and the municipal council, and will commission an investigation to determine to what extent the illegal sale of cannabis can move to the streets of the city if these stores no longer they are accessible to foreigners.

Halsema hopes to be able to implement this ban within a year.

These plans are a major policy change in the Dutch capital, which until now had refused to follow the resident criterion that other municipalities in the Netherlands do apply, admitting only Dutch citizens, which the capital justified in its fears of that this strategy increases illegal drug trafficking on its streets.

It would be a bid to attract “a different tourist” to the city, to make it more attractive also for the residents themselves, who in recent years have moved to the periphery to escape mass tourism.