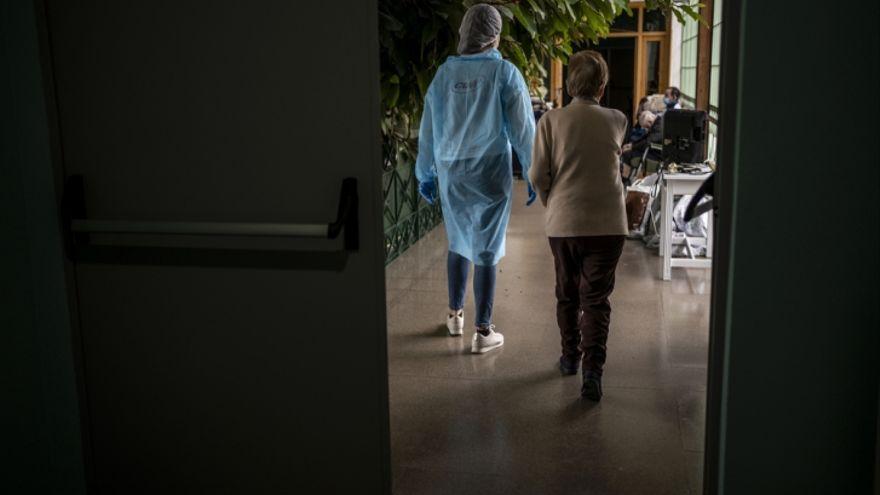 Amnesty International (AI) has prepared a new investigation on the situation that occurred in the residences of the Community of Madrid and Catalonia during the first wave of the pandemic, and also the one that persists in the second, still "very worrying". They have analyzed, in a project they have been carrying out since July, these two communities because they are the ones with the highest incidence of COVID-19 deaths in residences; and because "they had protocols and practices that led to the exclusion of elderly people from nursing homes from hospital." The conclusion is that five human rights were violated in the centers of the two regions: to health, to life, to non-discrimination, to private and family life, and to a dignified death.

The report is called Abandoned to their fate: The lack of protection and discrimination of the elderly in residences during the COVID19 pandemic in Spain and touches on various aspects of those that occurred in nursing homes. Among the first things they point out is that data is missing. The latest from the Ministry of Social Rights, a draft, put 20,268 deaths in residences during the first wave, Doctors Without Borders said 19,645 people; but a report from the Ministry of Health in July, unpublished because what the communities contributed was of low quality, it spoke of more than 27,000. "As of November 18, 2020, there is no consolidated data," AI recalls, and it is. In June there were 28,000 people confirmed dead from COVID-19, but many of those 20,000 residences (about 50%) were not within those 28,000 because they were not diagnosed.

AI emphasizes how patients were not transferred from residences to hospitals, "based on the place where they resided and other general criteria, such as age or degree of disability or health status." They mean to the order issued by the Community of Madrid not to refer healthily to people in these conditions, among other documents such as the protocol published by InfoLibre that prohibited it; and the Protocol of the Medical Emergency Service of the Generalitat de Catalunya that recommended that patients over 80 years of age not be admitted to the ICU. They are also based on testimonies, such as that of Catalina, 89-year-old daughter of Vicente Alberola, who died on April 6 in an indirectly managed public residence in Catalonia. The doctor told him that "he was forbidden to refer, that they were not going to catch anyone who had the characteristics of such a person."

"Amnesty International does not dispute that, in many cases, for older people with comorbidities, being sent to hospital may not be the best option, and that some have even been able to specify in their care plan their preference to stay in the residence or, in their case, their relatives. Medical personnel can also make that decision, based on an evaluation of the case. The problem is that they were not given an opportunity for individualized evaluation, thus breaching international obligations contracted by Spain ", summarizes the international institution. The protocols, according to the director of Social Health Coordination in Madrid, "in theory is still in force, although not being used because there is no context of crisis."

In addition to the transfer being denied, the residences did not have adequate conditions by themselves to care for COVID-19 patients, "the authorities have failed to adopt alternative measures that guarantee adequate medical healthcare for this vulnerable group." There was never a medicalization, which was promised by the Madrid councilor, Enrique Ruiz Escudero, whom they quote. He said on March 12 that "the residences are going to be medicalized and the elderly infected will be treated right there." "Besides not being materially feasible to transform a residence into a hospital, this increase in the endowment of resources (material and personal) was never carried out, leaving the elderly who live in residences in a very delicate situation," AI values.

Both, the non-referral and the lack of adequate care, violated three rights: to health, to life, and to non-discrimination. The lack of resources also applies to palliative care: "Amnesty International collected several testimonies from experts and nursing home staff who assured that nursing home medical personnel usually do not have the training or adequate medication for care. palliative ". Furthermore, "in many cases, people have died alone." The sum of the two factors is what AI attributes to a violation of the right to a dignified death. Also supposing a trauma for their families, they point out on this.

Locked up, and without equipment

Another section of the report is dedicated to how these people were alone, locked up and isolated. In Madrid, visits were totally prohibited on March 8 and Elena Valero is cited, the daughter of a resident who died in a residence in Madrid, who says that the relatives were then thrown out "in bad ways and without further explanation" that same day. Among the workers, Natalia, a geroculturer from a residence in Barcelona, ​​speaks about the fact that older people "were not explained what was happening and many thought they were being punished", and highlights "the serious deterioration that it has meant for people residents ". All this converges in the violation of the other two rights: that of residents to private and family life.

AI's report begins with the diagnosis of why "it has become clear that the measures adopted by the Spanish authorities to respond to the COVID-19 pandemic, particularly in Catalonia and Madrid, have been insufficient and inappropriate, have violated rights humans and have cost thousands of lives, "and consequently all of the above failed. The first review is to what failed for COVID-19 to spread in that way is the well-known lack of equipment: there was no personal protective equipment, so many workers were infected and had to take casualties; there were no tests available, nor prepared protocols.

AI's research concludes with several recommendations and goals. The first is that all these mistakes are not repeated in the second wave, although "the situation is still very worrying." According to the report on cases from the Ministry of Health on November 12, "the largest outbreaks continue to occur in nursing homes, some with more than 100 cases," that week there were 124 outbreaks with 1,765 associated cases. According to an analysis of data from elDiario.es, half of the COVID-19 deaths continue to occur in these institutions for the elderly.

AI indicates that the powers over residences belong to the autonomies, it asks them to develop public policies aimed at preventing pandemics and to collect detailed data on the users of residences, and to improve the inspection system. In the short term, regional governments must "review and modify the protocols that establish instructions and criteria for deciding the referral of elderly people from residences to hospital centers, so that in no case may they constitute discrimination in access to health care ". The central government, mainly, they urge you to support an independent investigation into what happened in the spring in the residences and the role of the state and autonomous administrations. And to Congress, to promote "the processing of a state law that establishes a residential model that guarantees the rights of residents throughout the State."