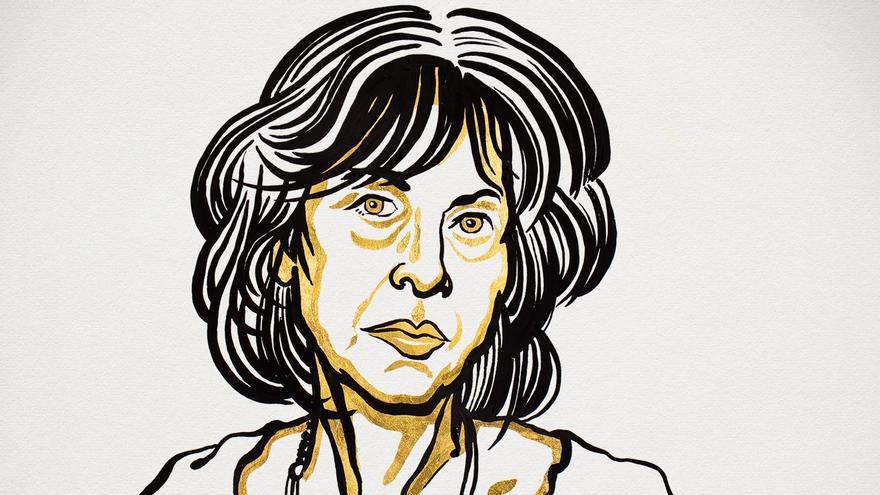 The New York poet Louise Glück is the winner of the 2020 Nobel Prize for Literature. An award that recognizes a career of more than half a century dedicated to letters and poetry, being one of the most prominent voices of verse in the English language.

This was announced this afternoon by the permanent secretary of the Swedish Academy, Mats Malm, at the headquarters in Stockholm. The award is endowed with a gold medal, an accrediting diploma and a cash amount of ten million Swedish crowns (almost one million euros).

The Swedish academy tries to leave behind two anomalous editions: the one of 2018 suspended by the accusations of sexual abuse spilled on Jean-Claude Arnault, and that of 2019 in which Olga Tokarczuk and Peter Handke were awarded twice. An edition that was not without controversy either because Handke was a noted author for minimizing the genocide of Srebrenica, where 8,000 Bosnian Muslims were massacred in 1995.

Due to the coronavirus, however, the traditional delivery of diplomas and medals that is celebrated on the anniversary of the death of Alfred Nobel, every December 10, has been canceled. Instead, each recipient will receive their diploma and medal in their country of residence and an online gala will be held at Stockholm city hall.

One of the capital voices of American poetry

Louise Glück is one of the leading voices of American poetry. In the course of several decades he has published numerous books of poetry, among which are The Wild Iris (The Wild Iris, Pre-Texts, 2006), which won him the Pulitzer Prize, Hell (Pre-Texts, 2011), recipient of the LL Winship / PEN New England Award and Faithful and Virtuous Night, which received the National Book Award in the United States.

Your volume of trials Proofs and Theories won the PEN / Martha Albrand Award. His work has been recognized with awards such as the National Medal for the Humanities, the Bollingen Prize, and the Guggenheim and Rockefeller scholarships.

He is a member of the American Academy of Arts and Letters, as well as the Academy of American Poets. Editorial Pre-Textos has also published his books Ararat (2008), The seven ages (2011), Vita nova (2014) and Prairies (2017).