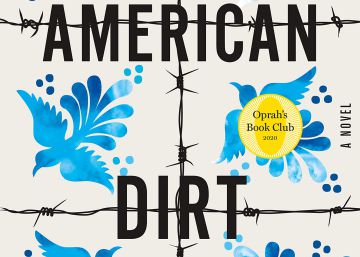 In the last two weeks, the Latino community in the United States has united against the last hit of the publishing industry. Thought to raze in the sales lists, American Dirt (Flatiron Books, 2020) makes merit to become the great fiasco of the year. Or of the decade. Writers and journalists of Latin American origin living in the United States have thrown themselves against the work, understanding that it is a compendium of "stereotypes" and "mistakes." In addition, they accuse the author, Jeanine Cummins, and the publisher of cultural appropriation and a total lack of sensitivity.

American Dirt tells the story of Lydia and Luca, a mother and her son, the two Mexicans, persecuted by the narco, forced to flee to the United States to save their skin. Cummins places the action in Acapulco. One Sunday, the local cartel attacks the family of Lydia and Luca, killing 16 people, including the husband and father of the protagonists. Mother and son survive by miracle and escape. They want to get to Denver and decide that The beast It is your best choice. The beast, the freight train that migrants from Mexico and especially from Central America have used for years to travel to the U.S. border. Violence and migration - the present of the novel - are mixed with the previous flirting between Lydia and the head of the Acapulco cartel, a bloodthirsty type, but also cultured and sensitive.

The strange hodgepodge of plots, the characterization of Lydia as mother courage, the romanticization of the drug lord and the simplification of the world of crime or the reduction of the pain of migration to “an adventure like in the movies”, as the author herself writes , have caused the anger of many in Mexico and the United States. In a review that has gone viral these days, the writer Myriam Gurba says: "American Dirt it's a Frankenstein book, a clumsy and distorted show, and while some white critics compare [a la autora] with Steinbeck, I think a more appropriate comparison is [el rapero blanco] Vanilla Ice. "

It all started in mid-January. Flatiron Books had been promoting the novel for months, for which he had paid a seven-figure amount to the author. Consecrated writers like Stephen King or Don Winslow had written comments praising her — Winslow went on to say that American Dirt it's a modern version of The Grapes of Wrath—. Great media like The New York Times or The Washington Post They had posted positive reviews. The publisher sold the rights to adapt it to the cinema. And his consecration: the influential TV presenter Oprah Winfrey recommended her for her reading club.

But little by little the anger of the Latino community began to be heard. First, for a matter of cultural appropriation, for the right (or not) of a white woman, raised in Maryland, a neighbor of New York, to tell a story totally alien to her. And second, above all, for the quality of the novel, which many describe as lousy.

When Winfrey posted a video promoting the novel on his Twitter account last week, the award-winning Mexican writer Valeria Luiselli replied: "With all due respect, this seems the worst possible choice of a book by 2020." In the written press, the malaise was imposed on praise. The reporter Esmeralda Bermúdez, from Los Angeles Times, wrote a text that includes part of the anger. Bermudez explained that his family fled El Salvador in the 1980s, during the war and the brutal hunt for death squads: “I thought I could recognize part of my story in the book. Then I began to read it (...) I realized that it was not written for people like me, but for the rest, to bewitch them with a wild trip across the border, to make them feel the confusion of the situation of the migrants (...) All this based on the worst stereotypes, obsessions and inaccuracies about Latinos. ” In another article of Los Angeles Times, the author, Daniel Hernández, gives voice to the Salvadoran writer Roberto Lovato, who points to the publishing industry: “They are dealing with this issue [el drama de la migración] as if it were a Marvel movie. ”

With the scandal in the growth stage, the author has barely given explanations. "For five years I resisted writing this story, because I'm not a migrant, I'm not Mexican and I didn't know if I had the right to write it," he said recently in an interview, “But my dad died unexpectedly. That was in 2016, a week after the presidential elections ... Well, I realized that I didn't care what anyone said, because my father would be very proud of this book. ”