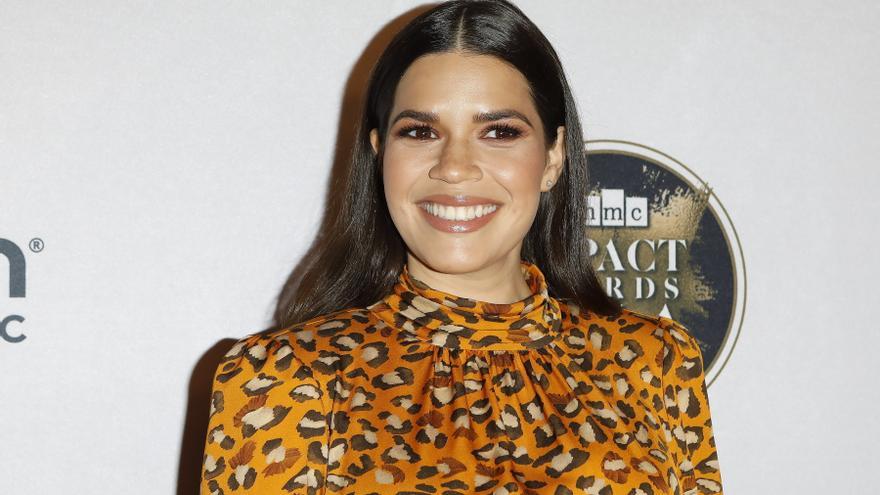 Los Angeles (USA), Feb 24 (EFE) .- America Ferrera will debut as a director of a film with the Netflix adaptation of the novel “I Am Not Your Perfect Mexican Daughter” by Erika L. Sánchez, reports this Wednesday the platform in a statement.

Ferrera, who had already directed some episodes of series such as “Superstore” or “Gentefied”, will thus sign her first film as a director with this Netflix production on the famous and acclaimed book by Erika L. Sánchez.

In this adaptation of “I Am Not Your Perfect Mexican Daughter” she will be accompanied by Linda Yvette Chávez, co-creator of the series with a lot of Latin flavor “Gentefied” and who has been in charge of the script for this film.

America Ferrera is a producer and one of the main promoters behind “Gentefied” so she knows perfectly what Linda Yvette Chávez can contribute in “I Am Not Your Perfect Mexican Daughter”.

“Years ago, I fell in love with this impressive novel by Erika L. Sánchez. The depth, wit, and acute intelligence of her writing, along with her young Latin heroine, hit me squarely and left me wanting much more.” Ferrera said today.

“I am truly honored to direct the beautiful adaptation that Linda Yvette Chávez has made into her script. The opportunity to direct the work of these two incredibly talented Latina writers is a dream come true. I am looking forward to sharing this film with the many fans. of the novel, and to present to the world this funny, deep and relevant story, “he added.

Finalist for the National Book Award in 2017 in youth literature, “I Am Not Your Perfect Mexican Daughter” tells the story of Julia, a young Latina who explores her identity and family relationships after her sister Olga, who was apparently the daughter ideally, died in an accident.

Ferrera is one of the most popular Latin actresses of recent years in the United States.

The interpreter of Honduran origin has shone in series such as “Betty” (Golden Globe and Emmy for best actress in a comedy) or “Superstore” and in films such as “Real women have curves” (2002).

Off the screen, Ferrera has mobilized on numerous occasions for the rights of immigrants, for the equality of women and men, and for respect for the LGTB community.

Tags: A.M-, America, daughter, Direct to, Ferrera, headband, i, Mexican, not, perfect, your

Who was René Robert, the photographer who froze to death on a Paris street?

María Guerra: “Awards are very important because they act as prescribers”