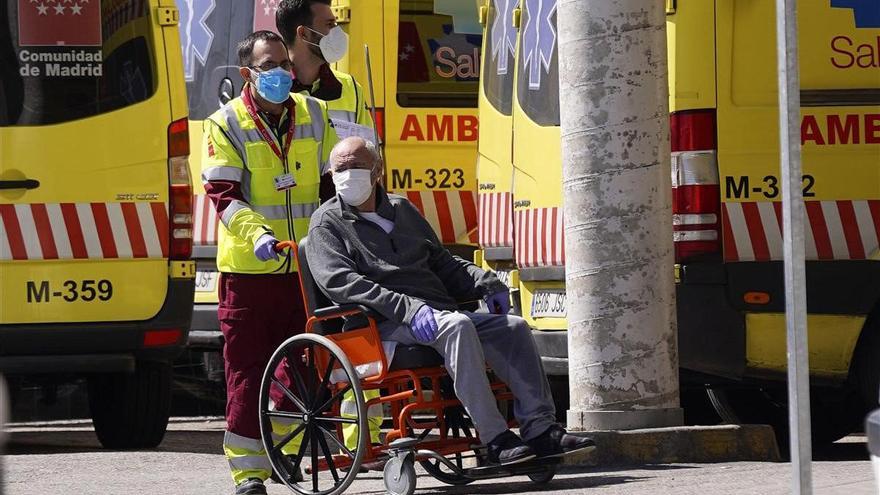 The DR case is repeated in other parts of the country, but it has a rural exception: “Each technician has to apply the disinfection protocol as you can and know. Disinfecting the vehicle between trips can take you two hours that you don’t have, “he says. At the end of the day, he begins to disinfect it with bleach € at the door of his house.

In Extremadura, several Tenorio Ambulance ships, which have practically all of the regional health transport, have been enabled for anti-covid disinfection of vehicles. “But – DR reveals – you do a lot of kilometers, you get to the ship and you still have to wait a couple of hours, because whoever keeps the key has had to go out to do a transport.” Tenorio ambulances has not responded to the questions of this newspaper.

Last March, Juana Lozano, a patient who attended dialysis from her home in Mérida to the Perpetuo Socorro hospital in Badajoz, was frightened when the ambulance technician who went to pick her up “told her that the vehicle was left by a colleague who had just transferred to another patient and assigned to him without doing any type of cleaning, disinfection or sterilization “.

This is how an internal email from the Extremadura Health Service has had access to El Periódico de Catalunya, which reached Manuela Rubio, Deputy Director of Primary Care, and which is part of a documentation on risks that the Superior Court of Justice of Extremadura.

Based on brushing with reality, the protocol decays. In Barcelona and Madrid it is “ozonified” that vehicle that has had contact with the coronavirus if it has been heard of. “We lack unified protocols for disinfection of cars and work centers. Depending on the company, there may or may not be an ozone machine, or you do the cleaning, but without proper PPE”, denounces the health technician Walter Álvarez from Barcelona.

In Aragon bleach is used, and by the technician himself. “Ambulances are sanitized quickly and running, leaving some corner uncleaned. The moment a patient is left they are almost calling you to go for the next one. You don’t have time to get it right “says JF, a veteran of the region’s ambulances, who requests the same anonymity.

No authority supervises how disinfections are carried out, only protocols are issued and questions are asked by email. “There is no such inspection. Because there is no single protocol – laments the technician Javier Abella, member of the Sanitary Technicians area of ​​the Spanish Society of Emergency and Emergency Medicine (SEMES) -. Each autonomy carries out its own procedure and each company executes it a little in the way that best suits them. There is no type of verification procedure that this way of proceeding is effective ”

The situation is illustrated by the case of ozone, which is used by various contracts. “Ozone is not recommended by the Ministry of Health, nor does it appear in the list of virucidal products authorized in Spain “, recalls Abella.

Last April, in the midst of the downpour of the pandemic, the SATSE-Castilla y León nursing union wrote to the Castilian health management requesting a unified disinfection protocol for ambulances. In the absence of clear orders, the technicians were taking “the measures that at all times they have considered more timely to reduce risk, “the letter said. The unified protocol arrived, but three months later.

The problem is seen throughout the country. From SEMES, technician Javier Abella confirms: “We have a lack of training: it is not the same to clean the ambulance as it is ordinarily done than to do it under the biological risk criteria of this pandemic. We have procedures, but if you don’t train them … It can be a very good protocol, but it will not be effective if the executing hand does not know it. These months the technicians have been learning to disinfect on their own initiative, not because the companies have provided us with it “.