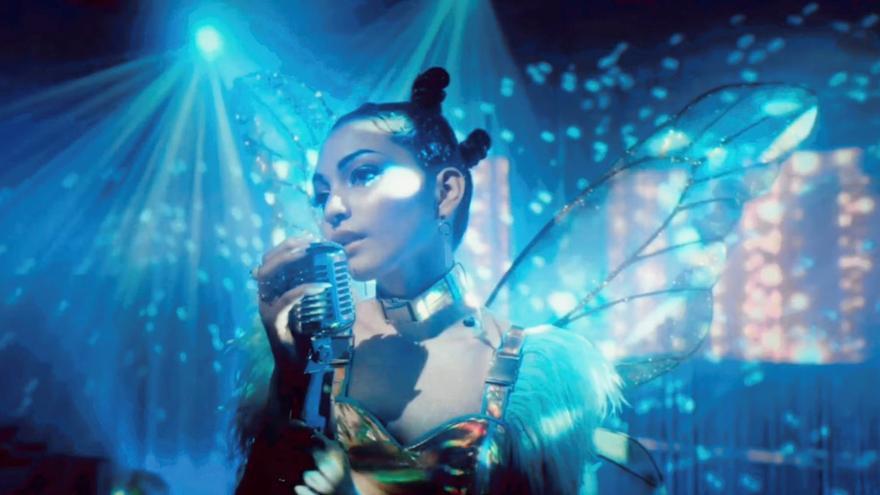 Los Angeles (USA), Jul 27 (EFE) .- Ambar Lucid is the singer for whom the protagonists of the series “Elite” sigh. An artist who since her appearance in the fourth season of the Spanish series has attracted the attention of thousands of viewers with a proposal in “Spanglish” that heads the Latin avant-garde in the United States.

“It was crazy, there were a lot of new followers on Instagram and more support. It was great, I didn’t know what to expect before the episode aired,” the composer explained to Efe from her home in Colorado (USA). ).

She is the singer for whom the characters fight to get a ticket to her concert in the sixth chapter of the fourth season. What many viewers did not know is that Ambar Lucid is not fiction.

Born in New Jersey in 2001, Lucid is an American with a Mexican father and a Dominican mother who composes in English and Spanish. She started playing the guitar as a child and at the age of 15 she decided to write her own songs.

Her first two albums, produced by herself, caught the attention of the producers of “Elite” and they proposed her to travel to Madrid to perform in the series with her song “Fantasmas”, an eclectic and guitar-making theme in which the voice of Lucid, whose tone is reminiscent of Kali Uchis, Russian Red and Mon Laferte (who she is friends with).

“They wanted me to design the aesthetics of the performance, I traveled to Madrid for two weeks and it was great,” he recalls about his appearance, with butterfly wings and surrounded by neon colors, which perplexed Arón Piper, Manu Ríos, Pol Granch, Omar Ayuso, Claudia Salas and the rest of the protagonists of “Elite”.

“They were all very nice, especially the girls,” says Lucid, who had not seen the series before and now declares himself a fan.

“LATINOS DO NOT HAVE TO BE IN THAT BUBBLE THAT THEY HAVE CREATED FOR US.”

After HIS performance on “Elite” he has released a new EP, “Get Lost In The Music”, which has been reviewed by American indie magazines such as Pitchfork and for which he received the “Youtube Music Foundry” award this week.

Combining urban sounds (now known as ‘movement’), with R&B, rock and psychedelia, Lucid has positioned himself at the head of a wave of Latin music in the US that defies labels and wants to show that there is life beyond reggaeton.

“I don’t want to be a box, Latinos can make all kinds of music, whatever we want, and we don’t have to be in that little bubble that the world has created for us,” he says.

That is why, in addition to Kali Uchis and Mon Laferte, the singer has also been compared to alternative rock figures from the 90s, such as Mazzy Star, or the current phenomenon of Olivia Rodrigo (who drinks a lot from that time).

“I listen to many styles, everything that inspires me influences my music,” he says. “I listened to a lot of pop like Lady Gaga and Bruno Mars, then I grew up with psychedelic rock like Pink Floyd or Tame Impala.”

The songs on “Get Lost In The Music” demonstrate that mix of genres, from the mystical “Space Cowgirl” to the guitarist “The Door” or the urban rhythms of “Un Animal (Divine Existence)”.

Lucid, who claims that he understands Spanish better than he speaks it, also shows an enormous facility for rhyming English with Spanish.

“It’s not easy, I have to practice a lot to express myself in the way that I feel comfortable. Sometimes I translate from English to Spanish and certain meanings get lost, so now I write more in Spanish, which is a challenge,” he highlights. .

HIS FUTURE GOES THROUGH MADRID

As he continues to compose new music, Lucid has decided to visit more countries in Latin America and Spain. In fact, she is fond of astrology and knows that she must spend more time in Madrid because her “Jupiter line” passes there, which “increases her creativity”.

“One thing I did in Madrid, one thing, and it helped me grow so much,” he highlights.

At the moment he will be giving concerts in New York and Los Angeles, where he can show that the Latinos of the new generation Z have much to contribute to music.