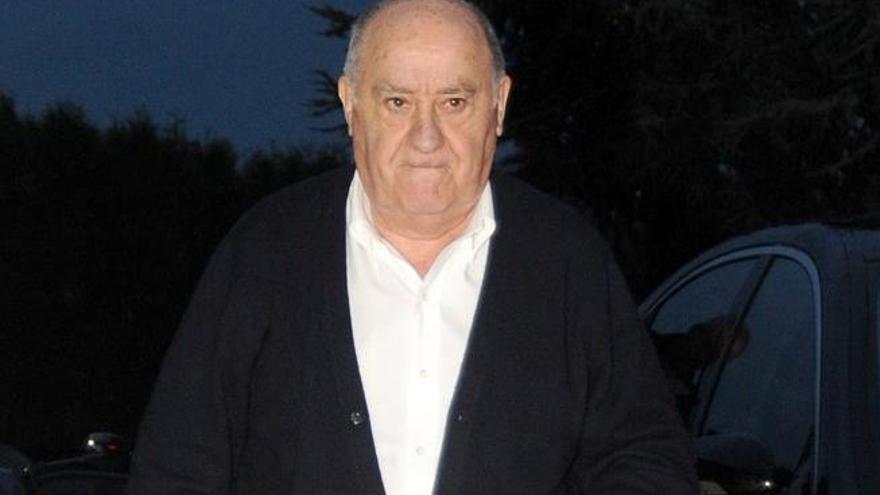 On December 20, Amancio Ortega, founder and maximum shareholder of Inditex, received some 81.7 million euros in dividends through a company in Luxembourg belonging to its main investment arm, Pontegadea Inversiones SL. It is an unprecedented dividend in that firm, which lacks employees and with which the richest man in Spain has controlled 42.95% of the subsidiary that groups his multimillion-dollar property investments in the United Kingdom for years.

According to Pontegadea, this is a “habitual” operation in the ordinary course of business that has served to recapitalize its subsidiary in British territory and it is “indifferent” that these dividends pass through Luxembourg because they are “exempt” by having originally paid in UK.

The payment of this dividend appears in the last annual accounts (2019) of Hills Place SARL, recently deposited in the Luxembourg Mercantile Register. “On 20 December 2019 the board of directors decided to distribute a total dividend of £ 69,481,589.74,” explains the company. At that time, it is equivalent to about 81.7 million euros. At current prices, and after the depreciation suffered by the British currency in recent months, it would be around 77 million euros.

The payment was approved a week after Boris Johnson achieved a loose absolute majority in the British elections to end Brexit on January 31. This event, added to the coronavirus crisis, has led Pontegadea to recently pool its assets in British territory in a newly created company, Pontegadea GB 2020, with the aim of isolating the risk of its business in that country in this new corporate structure. .

The United Kingdom is a very important part of the Pontegadea property portfolio, whose value exceeded 15,000 million euros in 2019, making it the leading Spanish real estate company. In the case of Pontegadea UK, the British subsidiary in which that Luxembourg firm participates, closed 2019 with land and buildings valued at more than 2,400 million pounds (around 2,675 million euros, at the current exchange rate), according to its latest accounts. , presented in April. In them, the company already recognized that the coronavirus crisis could lead some of its tenants to renegotiate their rental contracts downward.

Pontegadea sources indicate that the collection of this dividend from Luxembourg is a “habitual” operation in the group to “make funds available for investment in our companies.” “It is an accounting issue” and “the money does not come out of the subsidiary”, assure those sources, who add that “it is not important” that these dividends go through Luxembourg because “they are exempt” as they were originally taxed in the United Kingdom. It is about “distributing dividends and reinjecting them through a capital increase”.

According to the British Commercial Register, since December Pontegadea UK has made four capital increases amounting to £ 455 million. Three were made in December and the last one on March 18. On that occasion it amounted to 100 million and that Luxembourg subsidiary covered its proportional part by subscribing about 43 million, as explained in its latest accounts.

They also explain that last December the company received £ 41.3 million in dividends from its investee which were used to automatically underwrite a capital increase in Pontegadea UK for the same amount.

This operation is independent of the dividend that was approved on December 20. Of those £ 69.5 million, £ 30.4 million “has been distributed against the accumulated benefits of recent years” and another £ 39 million was charged against the profit for the 2019 financial year. This amounted to £ 41.2 million, 71 % more, according to its accounts, which do not collect any tax payments to the Luxembourg Treasury during the past year and, as in previous years, it is noted that during 2019 “the company did not employ any full-time employee”.

Hills Place’s financial statements of the last five years show that in that period the company achieved an overall profit of £ 84.2 million with a tax expense of less than € 12,000. The 2019 profit was obtained after registering Pontegadea UK with a turnover of £ 88.5 million (an increase of 6.8%) and a positive result of £ 45.5 million. The British subsidiary of Pontegadea agreed to pay its shareholders (Hills Place itself and Pontegadea Investments) with a dividend of £ 96.14 million, compared to £ 56 million a year earlier, which was distributed four days before Hills Place approved that millionaire dividend.

For its amount, this payment is unprecedented. The firm had been unpaid on its sole partner since 2016, when it distributed a much smaller sum of just over £ 8m. In 2015 the dividend distributed was 9.2 million and in 2014 it amounted to 6.8 million.

This Luxembourg company, which is managed by José Arnau, Amancio Ortega’s right-hand man in his family office, former inspector of Finance and vice-president of Inditex, is in the hands of Pontegadea as a result of the group’s acquisitions in 2010 and 2011 of the group. Irish Cosgrave of several properties in London that were in the name of that firm.

After these operations, the company was used as a vehicle to grant Pontegadea Inmobiliaria SL a loan of 51.8 million euros in November 2010 to address the purchase of a building at 215-219 Oxford Street and 1 to 9 Hills Place, in London. Years passed, and Ortega’s investment arm decided to keep it active, unlike what happened with another subsidiary in that country, West End Investments SARL, which hung from Hills Place and was liquidated in 2017.