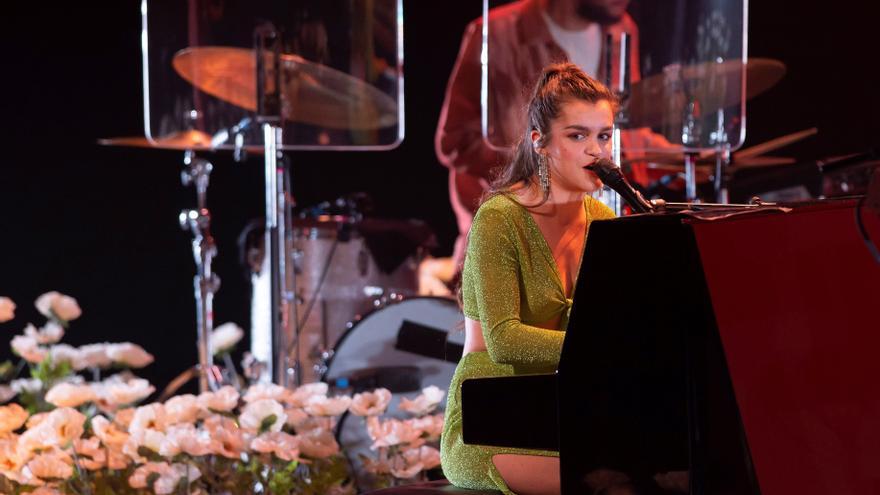 Amaia Romero has published this Wednesday “I want but no”, another preview of what will be his new album, in which he has had the voice of the young artist Rojuu and that has been produced again by Alizzz, recent winner of three Latin Grammys.

With a luminous sound, the young composer and interpreter from Navarra continues to warm up in this way the release of what will be her second studio album, scheduled for 2022, after the theme “I invite”, which has been 2 million views on Spotify since its launch in October.

That cut also bore the signature of Alizzz, with whom he has established a fruitful partnership since together they released the song “El reencuentro” for the album that the Catalan composer and producer will release next week.

For his part, Roc Jou Morales, better known as Rojuu, is a rapper and singer from Barcelona only 18 years old that he began to gain popularity with his musical chronicles on YouTube about urban music and that from 2016 he began to launch his own music.

Although in the theme with Amaia he assumes a more melodic style, has stood out above all in the field of trap, with a prolific rhythm of releases from the mixtapes “Mimosin Party” and “The Rare History” (both from 2017), which at the moment reach “Grandes Hits (before 18)”, from this same year.

Amaia Romero (Pamplona, ​​1999) rose to fame after participating and declaring herself winner of the “OT 2017” contest in a special program followed by 3.9 million viewers (30.8 percent screen share).

Just a week before, she had also been chosen by the audience along with Alfred García to represent Spain with “Your song” in the final of Eurovision 2018.

Her debut album, titled “Pero No Pasa Nada” (2019), became the best-selling and most-listened album in Spain in her week of release and confirmed the options of this performer and composer in music.

All this transition from anonymity to national fame, the recording of his first work and the beginning of his first solo tour were also included in the documentary “A return to the sun”.