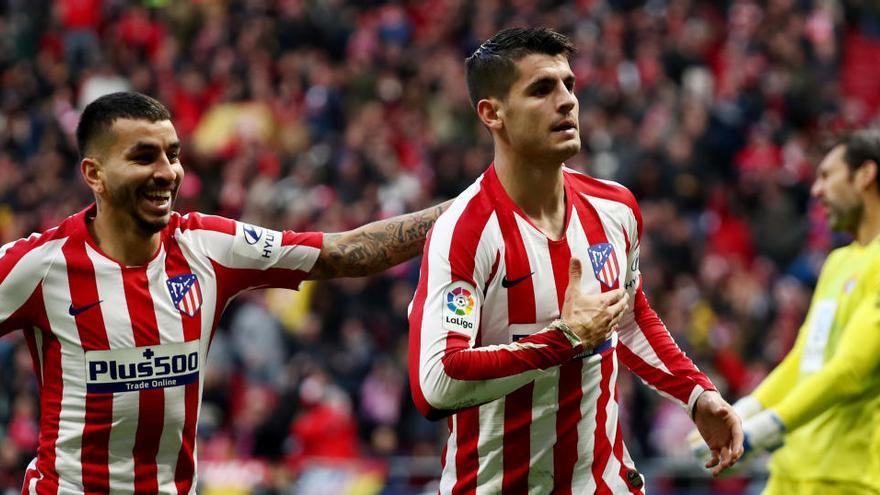 Álvaro Morata, forward of the Atlético de Madrid, has asked to leave the rojiblanco club and is already negotiating his departure, in principle on loan, to Juventus, although the operation is currently underway and It is not closed pending the agreement, According to sources close to the negotiation informed this Monday to EFE.

The roadmap of the attacker and the Madrid entity is now going that way, with the attacker's departure on loan, through which Atlético consolidated its signing this summer with a transfer of around 55 million euros from Chelsea, after having played a year and a half on loan for the rojiblanco team.

The current idea is for him to go to Juventus. All parties are working on this at this time, pending the agreement that resolves the operation and that it should not go beyond, if it is finally closed, than the next two or three days (or less), once Atlético starts The league Santander next Sunday against Pomegranate at the Wanda Metropolitano stadium; if everything runs its course, without Morata.

The scenario has changed from a few weeks to now. And the prospects. Then Morata, according to the same sources, had some doubt about continuing at Atlético in the face of Juventus' interest, although the rojiblanco club referred to the termination clause.

For Atlético, as he expressed then, he was a "key" man in the new project, in which the exit in the attack that was raised was that of Diego Costa and in which the Madrid '9' started as the apparently starting forward according to the tests of the coaching staff during training and the friendly against him Almeria.

The permanence of these doubts of Morata in his continuity have changed his course, which now takes the direction of Juventus, the club in which played for two courses, in 2014-15 and 2015-16, with 93 games and scored 27 goals and to which he would return, if all goes according to plan, to be under the command of coach Andrea Pirlo.

At Atlético de Madrid, in which the final stretch of last season he lost the status of starter in the eleven type before Diego Costa, the attacker has played the last year and a half, with 22 goals in 61 games. Last year he was the best scorer for the Madrid team, with 16 goals in all competitions.

In addition, the loss of Morata would make room for the great rojiblanco goal, the Uruguayan Luis Suárez, that every day is closer to leaving Barcelona.

UD cannot against Racing with ten

Bautista and Alcaraz qualify Spain for the quarterfinals