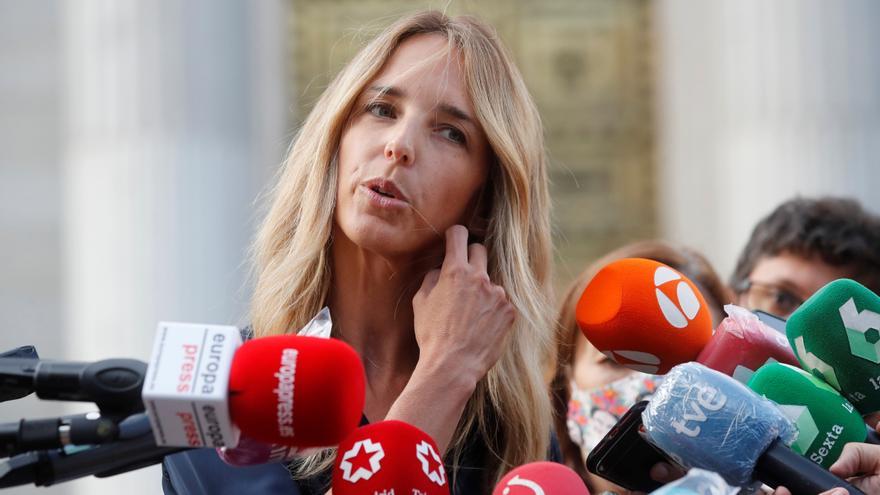 The one who was spokesperson for the Popular Party in the Congress of Deputies until last week, Cayetana Álvarez de Toledo, has left her continuity in the Chamber on the air while criticizing the "permanent undermining" of her political action with the one that has been found within his party. In some statements to the COPE Chain, Pablo Casado's former right-hand man has not wanted to specify what his next decision will be, although he has declared that he is committed to "the 280,000 Catalans who voted for the PP in the general elections", despite the obstacles he has experienced in his position .

"From minute one there were people who not only criticized my appointment, but also tried to limit my political action to the minimum expression", Álvarez de Toledo has admitted before assuring that he took "for granted the attack of the left and of nationalism" , but did not anticipate that within the party "that would happen."

For the former spokesperson, Spain is at a decisive moment, and she "worries" that it has that vision because "society is chiseled by the moral superiority of the left and nationalism" and therefore this society must "change to make it freer and more equal ". "Morally it is mandatory," he pointed out and later criticized Casado, pointing out that his administration "is a form of withdrawal" because "he renounces to govern unless the left does it completely wrong."

"In case you come to govern, which may be, you will not avoid the response of those who continue to enjoy ideological and political hegemony despite being in the opposition," he added.