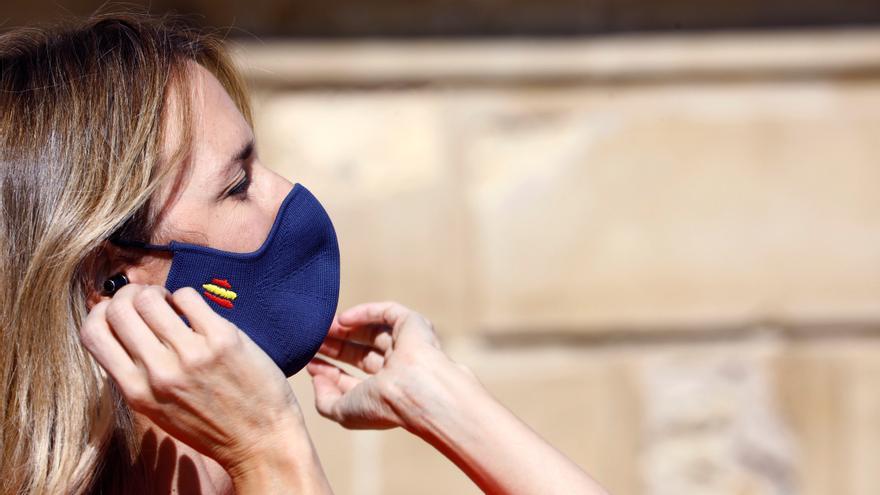 The deputy of the PP and exportavoice of the party in the Congress of Deputies, Cayetana Álvarez de Toledo, considers that her greatest political achievement has been to call the second vice president of the Government, Pablo Iglesias, "son of a terrorist", during the plenary session of the Lower House on May 27. The accusation, justified according to the controversial popular leader in which Iglesias's father was a member of the FRAP in his youth, cost him a complaint from Francisco Javier Iglesias, before which Álvarez de Toledo tried to get the PP to pay for his defense. Married, however, he did not agree to bear this cost, which precipitated the removal of the spokesperson from office in August.

"What would you say is your greatest political achievement?", They ask the deputy for Barcelona in an interview in the December issue of the magazine Vanity fair which is published this Friday. "Call Pablo Iglesias by his title," she replies.

In that parliamentary session on May 27, the second vice president responded to an interpellation made by Álvarez de Toledo with references to the noble title of the popular leader, who is the Marchioness of Casa Fuerte. When her turn came, the then PP spokesperson wanted to answer Iglesias with the following words: "You have made reference to my title. We children are not responsible for our parents. First and last time I say it, you are the son of a You belong to that aristocracy, to that of political crime. "

During the interview, Álvarez de Toledo - who after that parliamentary intervention Yes, he repeated his accusation of terrorist to Iglesias's father on several occasions - she is not uncomfortable when associated with the term "look." "And who is not? Even good old Serrat," he says. "If today they do not call you facha, you are nobody," he sentenced. The popular deputy does resent being called a foreigner. "It reveals the xenophobia that nests in all nationalism, not only the separatist. It is an embers of our tribal origin and must be fought," he adds.

The parliamentarian has been displaced from the first political line, but she tries to maintain the media attention that she achieved during her time at the head of the spokesperson in Congress with the creation of a Youtube channel in which openly manifests its discrepancies with the management of the leadership of the PP of Pablo Casado.

In his opinion, "the intellectuals have disappeared from politics." "The last ones were the founders of Ciudadanos. But they decided to hand over the party to professional politicians. A pity," he says in the aforementioned interview.

Discrepancies with Feijóo and Gamarra

"The PP has received two blows, it broke on one side and broke on the other," he says, alluding to the division of the Spanish right into three parties, PP, Vox and Ciudadanos. The former popular spokesperson also believes that her party is facing the greatest challenge in its history. For this reason, he insists on the need to "defend democracy, integrate liberals, conservatives, social democrats, people of enlightened progressivism and others who left Vox disenchanted."

Asked how this integration is achieved, Álvarez de Toledo responds: "It is not easy, of course. We must strengthen internal democracy and unite people who have divergent opinions, for example, Núñez Feijóo and I on nationalism, or Cuca Gamarra and me about feminism. "