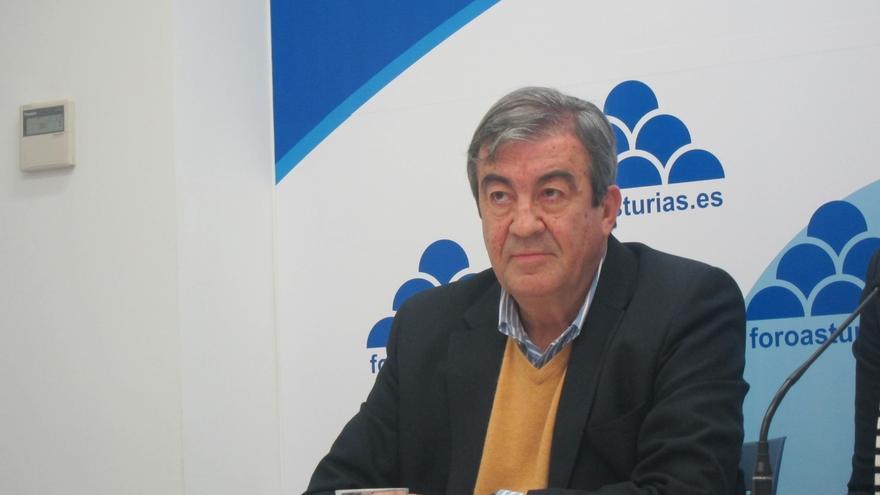 Sometimes an electoral failure it can become a profitable business. Very profitable, even. There are two days left for Francisco Álvarez-Cascos to go to the courts in Oviedo for the complaint filed by his former party, Foro Asturias Ciudadanos (FAC), against its founder. The accusation: misappropriation and unfair administration of training funds. elDiario.es has had access to documents that indicate that Cascos went from collecting 63,000 euros per year as president of the Principality (2011) to receiving more than 134,000 euros from Foro Asturias when it ceased to be so (2012).

We are talking about about two million euros charged to FAC between 2011 and 2019 in salaries, invoices and supposedly unjustified expenses and coined by its promoter in concepts as peculiar as video games, fishing licenses, mileage bills, women’s shoes or hotel stays for the relatives of Álvarez-Cascos. Consequently, the board of the Forum, headed by the current president, Carmen Moriyón, decided to expel Cascos on June 19 and accuse him before the judge.

This process is going to take place in the midst of audits and declarations to try to politically bury the former president of the Principality of Asturias and thus end the internal war that has been punishing the party for a year.

“The data is devastating”, consider from the top of the Forum in reference to the salaries that appear in the declarations of assets signed by Cascos in 2012, when he left the presidency of the Principality and accepted his act as a deputy; and of 2015, when he finally left his seat on the General Board.

Álvarez-Cascos founded Foro Asturias Ciudadanos on February 4, 2011, a few weeks after he had left the Popular Party due to disagreements with its leader, Mariano Rajoy. In the parliamentary group he had militated for 34 years as vice president, minister, deputy and senator, before heading to Asturias.

Four months after its foundation and against all odds, Foro won the elections in the Principality with 16 deputies and Cascos was sworn in as president. Mission accomplished: put an end to the sovereignty of the PSOE, which obtained 15 representatives in the General Meeting. The punishment of the bipartisanship had come into action in Asturias.

In that electoral period, between February and May, Álvarez-Cascos received 24,171 euros from his training before taking office as president of the Principality of Asturias, according to the declaration of assets signed by the former vice president of José María Aznar, on July 30 from 2012. The concept? Party rallies that Cascos received as conferences, according to the Forum’s management.

As president of the Asturian community he charged 63,710 euros per year and supposedly not one euro of his training since “he could not do it”. However, according to sources in the Forum management, “he was on a diet.”

Even so, not a year would the president keep his fiefdom in the Principality. Unable to reach consensus with the PP and to approve the budgets, he again called an election that he would lose on March 25, 2012. The 12 deputies obtained were surpassed by the 17 from the PSOE, which regained power in the community. A hard blow for Foro, which would begin its plummet there and for Helmets. Although not everything was going to be bad news for the former vice president of the Government.

Declarations of assets and interests

“The same day that he ceased to be president of Asturias, he began to collect from the party,” they say in Foro, a formation of which he received 106,134 euros as salary in 2014, according to the declaration of assets and interests of July 24, 2015.

“That amount was practically the same since 2012,” they say in reference to the salaries received by Cascos de Foro. To this should be added his salary as a deputy, which was 1,820 euros per month in fourteen payments, plus an allowance per month of 250 euros. In total, a figure close to 134,000 euros, “to which should be added allowances and expenses passed to the Forum”, FAC sources add.

“In 2018, when we entered the board of directors we focused all efforts on the municipal and regional elections that we had six months later,” explains Jesús Martínez Salvador, general secretary of the FAC in Gijón. “After that, it was necessary to start to regularize the economic affairs of the party.” The audit commissioned to do so revealed these “unknown expenses” and for which it was decided to expel Álvarez-Cascos from training and take him to court.

However, its founder maintains that the training accounts were audited by the Court of Auditors and that no one made any fault with his salary. “There is no mystery.”

In addition to salaries, which amount, between 2012 and 2014, to 457,276 euros, plus 33,076 of social security expenses and 81,946 euros in allowances, as reported by EL PAÍS; The complaint filed by the Forum is accompanied by a series of invoices and contracts from Cascos’ personal sphere.

Acquisition of video games, shoes, train tickets and hotel stays for their relatives, psychotechnical test for the weapons license, rental of a headquarters in Madrid for training to a company of which his then wife was part, in addition to the fees of the attorney in a case related to the Gürtel plot.

“A few pieces of evidence (50) have been provided in the complaint,” they argue from the accusing party. “Almost every day and every week between 2011 and 2019 I passed bills to training. They are uncountable.” The total cost for Foro Asturias amounts to 1.8 million euros. Cascos considers that it is a “campaign to liquidate it and turn Foro into an appendix of the PSOE”, and Moriyón, president of the party, that it is an exercise in “political decency”.

“It all boils down to a confusion between the assets of the political party and the personal assets of Cascos,” they argue from the indictment. The first stage of this judicial conflict will take place this Wednesday in the courts of first instance of Oviedo.

Carmen Moriyón will come to testify to ratify the complaint for misappropriation and then Francisco Álvarez-Cascos will do so, as investigated. The judge will rule if there are indications of criminality, in which case the oral trial would be opened.