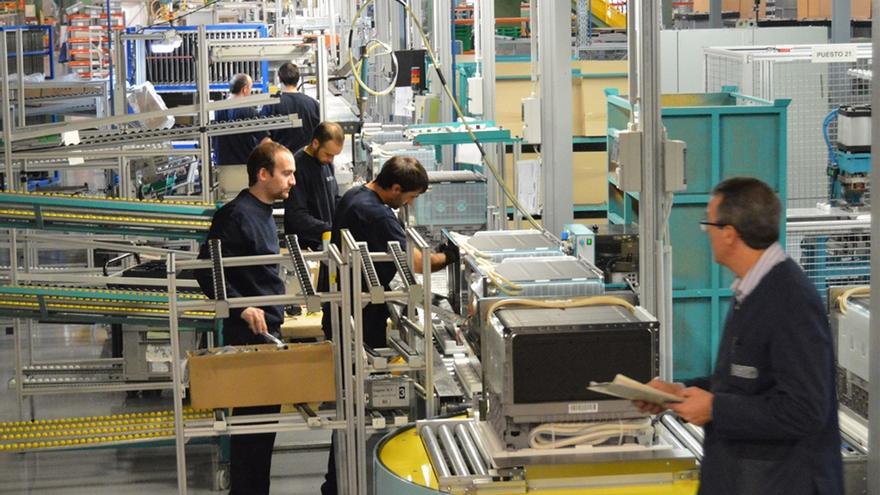 The Supreme Court clarifies that the internal scab is not compatible with the right to strike although the workers are not directly replaced by the company. The judges declared in a recent ruling that several workers of a company based in Navarra were substituted irregularly during a strike in 2017 and hold the company responsible even if the decision was made by area managers and not by their top managers.

The ruling of the Social Chamber, to which elDiario.es has had access, analyzes the case of six workers from BSH Appliances at the plant in the Navarran town of Esquíroz. They all went on strike between January 9 and 26 of that year, called by the LAB union, in protest against the alleged breach of the agreement to close and transfer the Villatuerta workers. The protest was called off when the unions reached an agreement with the company on the conditions of the workers incorporated into Esquíroz.

On those days, according to the Supreme Court, up to six workers were irregularly replaced by various heads and department heads who began to take on tasks such as, for example, fix dishwasher. The Navarra Labor Inspectorate found on January 11, for example, that these workers were being replaced by their superiors, but it also left in writing that there was no evidence of the company’s involvement. All those in charge of the area who were working denied that they were following directions from the management.

At first, both a Pamplona social court and the Navarra Superior Court of Justice agreed with the company. The territorial courts understood that this substitution of six workers had not violated their right to strike and that, furthermore, there was no evidence that this had been a business decision. It was a worker who took the case to the High Court claiming that these decisions went against what has been said so far on this issue by the Supreme Court itself and also by the Constitutional Court.

The Social room, with its president Maria Luisa Segoviano as rapporteur, you have decided to agree with him. The magistrates understand that the judgment of the Supreme Court of Navarra goes against what was said by the Constitutional Court in 2011 and by the Supreme Court itself several times in 2018: the internal scab violates the workers’ right to strike even though it is not proven that it was due to company decision. They unify criteria in a case in which, they acknowledge, there were “two opposing doctrines” and it was necessary to determine “which is correct.”

In this case, the authorities had bet from the beginning to sanction the company after the Navarra Labor Inspectorate certified that six workers were being replaced by their bosses. The proposed penalty was more than 3,000 euros. These sanctioning resolutions were confirmed by the General Directorate of Labor as well as by the Department of Economic Development of the Government of Navarra.

The appeal that the Supreme Court has studied raised the contradiction between the case of BSH and that of the newspaper ABC during the general strike of June 2002. In that case the Justice determined that several area heads and managers had managed to carry out an edition with a circulation of less than 30,000 copies compared to the usual circulation of 250,000 newspapers. In that case it was also determined that it had been an initiative of the bosses and not imposed by the company.

That case was resolved by the Constitutional Court in 2011. The magistrates first said that “it is implausible that a decision of such magnitude was carried out with the ignorance or without the approval of the company.” In addition, they said, exempting the newspaper’s publishing company from liability “is not compatible with the real dynamics of exercising the fundamental right to strike.” According to the Constitution, “the use of command structures to replace striking workers in lower categories in order to publish the newspaper on the day of the strike – or, failing that, the tacit business consent or the omission of any reaction or prevention that would prevent the act of substitution from occurring-, violated Article 28.2 CE, by depriving the strike followed by the appellants of its full effectiveness as a means of collective pressure “.

The Supreme Court understands that the case of the newspaper is similar to that of the workers of BSH Electrical appliances. It also points to a “contradictory” argument of the judgment of the Supreme Court of Navarra: it is incompatible that, on the one hand, it considers that those responsible for the area acted on their own while also declaring proven “that there is no proof” that “they can” act outside the criteria established by the company “.

As the Constitutional Court established a decade ago, the Supreme Court recalls, “the responsibility of the head of the organization cannot be separated from the decisions made by middle managers.” It also affirms that this “alleged non-responsibility of the company with respect to a performance of its middle managers is not compatible with the real dynamics of the exercise of the fundamental right of art. 28.2” that regulates the strike in the Spanish Constitution.

Tags: boss, chores, company, it covers, no, Orchestra, scab, striker, there are