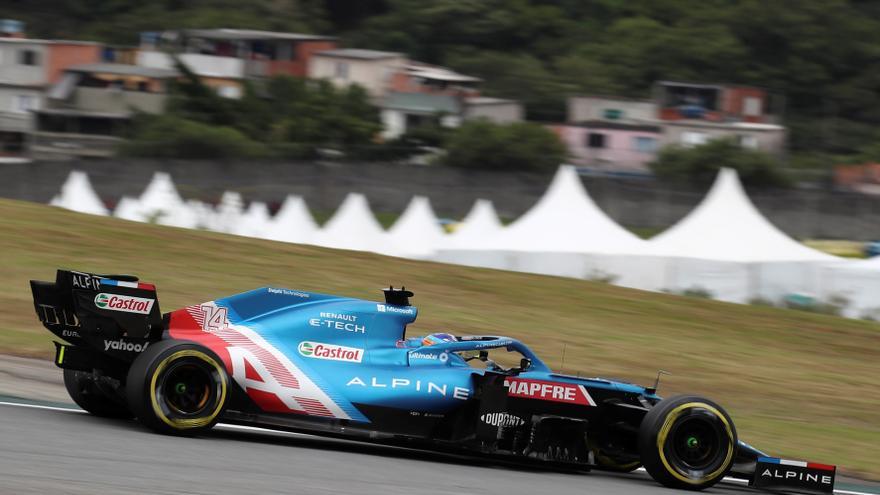 The Spanish Fernando Alonso (Alpine), double world champion of Formula One, was the fastest this Saturday in the second free practice for the Brazilian Grand Prix -from Sao Paulo, this year, the nineteenth of the contest- prior to qualifying by sprint test, which will order the starting grid of this Sunday’s race.

In his best lap Alonso covered the 4,309 meters of Interlagos in one minute, 11 seconds and 238 thousandths, 864 less than the Dutchman Max verstappen (Red Bull), leader of the World Cup; in a trial marked by uncertainty due to the delay of the stewards in confirming whether Lewis hamilton -which already penalized with five places on the grid on Sunday for changing the combustion chamber- will be sanctioned again or not for the alleged irregularities discovered in the rear wing of his car during qualifying on Friday – which he commanded -; and if Verstappen could be affected by the fact of having touched the wing of the Mercedes in the parc fermé.

At the conclusion of the test, it was not yet known if Hamilton would face the sprint test – of about a hundred kilometers, a third of the Sunday race – from the first place on the grid or, perhaps, from the last or from the ‘pit lane’, if he is finally sanctioned again; in a Grand Prix that the lawyers of the two dominant teams are also competing at high speed.

The sprint test will start at half past four of the afternoon (Half past eight in Spanish peninsular time: 19:30 GMT).