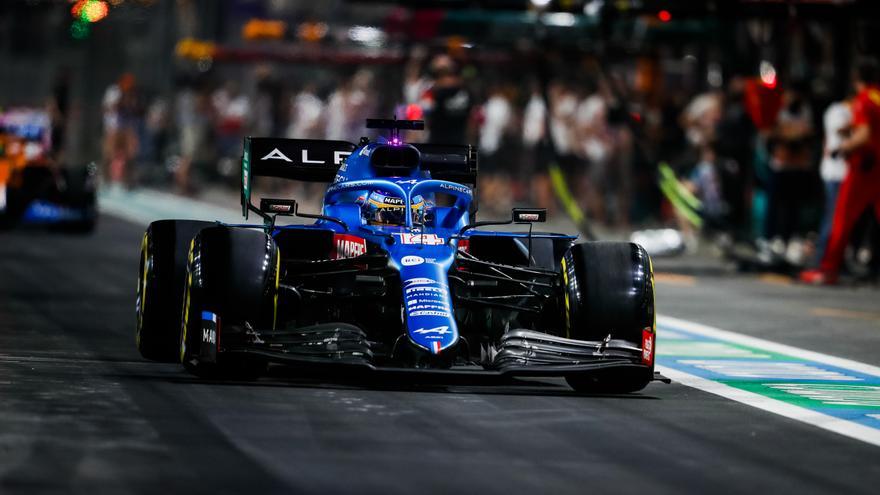 The english pilot Lewis hamilton (Mercedes) achieved pole position this Saturday of Saudi Arabian Grand Prix, penultimate quote of world, and he will have his companion as a squire Valtteri Bottas, while the leader of the World Cup, Max verstappen (Red Bull), will start third for a bumpy last lap, with the Spaniards out in Q2.

Hamilton remains ahead of Verstappen, winning the game since the last two weekends in Brazil and Qatar. On JeddahAnother novelty to give more excitement to the fight between the two for the title, the Englishman took pole with a time of 1: 27.511, one tenth better than Bottas and little more than the Dutchman.

The return of the seven-time world champion seemed already perfect, but the leader forced the machine that keeps him with 8 income points at the top of the World Cup. ‘Mad Max’ was wrong although he did it at a thousand revolutions, with the adrenaline to the maximum flying in the last lap of Q3 with which he had the pole in his hand.

The one from Red Bull went with everything to change that inertia of the last appointments, but he hit the wall of a path that does not forgive, waiting on top of the gearbox not being damaged. Suffered it too Carlos Sainz, although his Ferrari and tires is a separate story. The Madrilenian made two spins in Q2, saving at least the walls, and will start fifteenth, a serious stick in his aspirations to hunt the ‘Top 5’.

His teammate, Charles Leclerc, who had the scare on Friday, will start fourth while Sergio Pérez (Red Bull) will start fifth. Similarly, to Fernando Alonso (Alpine) did not go as expected, euphoric after his third place in Qatar and after a good practice in Jeddah. The double world champion will start 13th, while his teammate Esteban Ocon will start 9th.