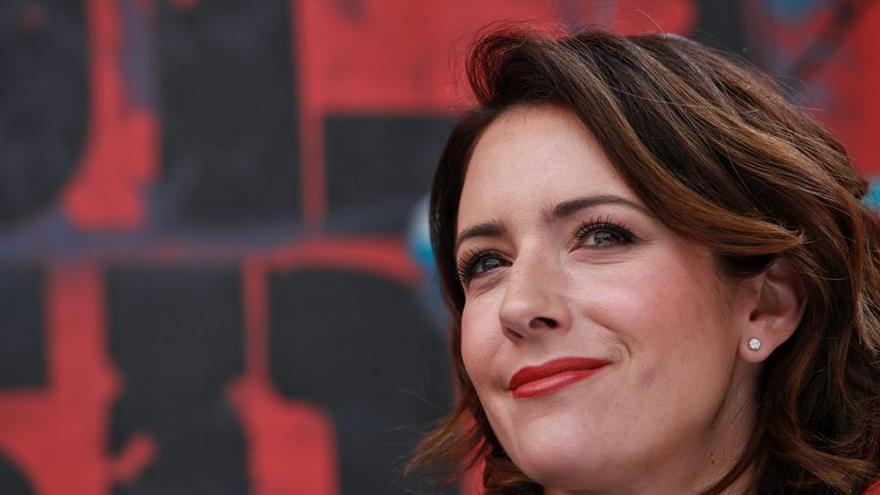 International promoter of the symphonic repertoire of Latin American composers on the scale of works by the great European masters. Promoter of the development of young musicians to take them to relevant artistic and professional levels. Protagonist of an intense work in the concert halls of the world, leading important orchestras and before diverse audiences. Alondra de la Parra (@alondradlp on Twitter), at 40 he has placed himself in a unique position in the field of concert music that, although it has prominent female exponents, is still dominated by male conductors, and in which the preference for the symphonic repertoire produced in Europe, especially that of Classicism and Romanticism, displaces from the programs works by composers from other latitudes such as those from Latin America, which have an artistic magnitude that deserves greater knowledge and dissemination.

Thus, De la Parra presented in the United States, before the audience of the Jones Hall, headquarters of the Houston Symphony Orchestra, in a special concert to celebrate the independence of Mexico, in 2009 a program with works by Latin American composers: the Mexican Carlos Chávez , Silvestre Revueltas and Arturo Márquez, the Spanish Joaquín Rodrigo and the Argentine Astor piazzolla. And she did not hesitate (the writer attests to this) in accurately describing 'Sensemayá', by Revueltas, as a capital symphonic poem in the international repertoire.

Works by Revueltas and other Mexican composers have been played on international stages by orchestras led by De la Parra, and she has become a unique champion of the Mexican symphonic repertoire. Just last May, the director appeared in Madrid in front of a National Orchestra of Spain that begins to return to activity after the pause imposed by the COVID-19 pandemic and directed, among other works, the very emotional 'Tribute to Federico García Lorca ', by Revueltas, with which, according to press reports, he managed to captivate the public by the depth of that work –which is hurt by the death of the Granada-born poet– and by the emotional way in which De la Parra directed a piece which is technically difficult and powerfully expressive.

These values ​​have characterized this conductor throughout her entire career: a search for interpretive excellence that, at the same time, moves and moves audiences. When Alondra de la Parra began what was a difficult tenure for the Jalisco Symphony Orchestra, in Guadalajara, Mexico, she told the concertmaster (first principal violin), as was commented at the time in the local press: "I'm not going to lower my level. You have to go up. "

It is an impulse that has followed her since the beginning of her career. The director was born in New York and her family (of Mexican origin) relocated to Mexico City when she was a child. His musical training began in the Mexican capital and at the age of 19 he returned to New York to study at the Manhattan School of Music, where he graduated in piano and also studied conducting. In 2008 he obtained a master's degree in orchestral conducting, having as mentors figures of great caliber such as Kurt Masur, Charles Dutoit, Marin Alsop and especially Kenneth Kiesler, prominent professor of orchestral conducting and founder of the Retreat for Conductors in Medomak (Maine, United States) in which De la Parra participated first as a student and then as a teacher, even establishing a scholarship, in collaboration with the Montblanc company, for young Mexican conductors.

Before, when he was 23 years old, he founded the Philharmonic Orchestra of the Americas in New York, a youth group specially designed to give projection to young musicians and promote the Latin American symphonic repertoire. With that orchestra, a very personal project, he achieved his first great successes and obtained international recognition. And by conducting that orchestra, he also dedicated a significant part of his effort to obtaining financial support for his project and, in parallel, to organizing educational and community programs to bring music to public school children and audiences that do not necessarily have access to music. concert music.

Although the Philharmonic Orchestra of the Americas had to suspend activities in 2011, it was a project that markedly marked De la Parra's career and earned him, in addition to concerts and tours, two important recordings: 'Mi alma mexicana', an album specially produced for celebrate the 200 years of the independence of Mexico that included symphonic works by Mexican composers born in the 19th and 20th centuries; and 'Travieso crimson', of popular Mexican songs accompanied by an orchestra, in which the singers Ely Guerra, Natalia Lafourcade and Denisse Gutiérrez 'lo Blondo' collaborated.

Alondra de la Parra is one of Mexico's most prominent figures in the orchestral conducting scene. She is at the national level, as she has conducted many of the most important Mexican orchestras and at the international level she has been a guest conductor in orchestras in Europe, Latin America, the United States and Asia.

And all of this should be completed with her position as musical director of the Queensland Symphony Orchestra, Australia, which she held between 2017 and 2019, the most recent of the titular positions she has held (in addition to her tenure at the Philharmonic of the Americas and the Jalisco Symphony). And it is precisely in the field of the ownership of an orchestra where, it could be said, De la Parra still has the challenge of returning to the front of a major orchestra at the international level. Being a guest conductor is certainly proof of her talent and the interest that orchestras around the world have in her work, but being the musical director of an orchestra is a greater challenge that also tests and strengthens the talents and stature of those who practice it. .

Mexico has been prolific in the field of talented conductors, and several of these outstanding musicians have assumed positions in orchestras in other countries. Carlos Chávez, for example, conducted frequently in the United States and came to be considered for the New York Philharmonic in 1936. More recently, several Mexicans have performed in orchestras outside the country, with notable success: for example, Jorge Mester (Louisville Orchestra and Pasadena Symphony), Eduardo Mata (Dallas Symphony), Enrique Diemecke (Long Beach Symphony) or Carlos Miguel Prieto (Louisiana Philharmonic). Alondra de la Parra, with her position at the Queensland Symphony, continued that tradition and hopefully the future will hold not just a resumption of her guest conducting appearances around the world, but a larger titular position in which she can project and consolidate the talent and experience that he has accumulated throughout his career.

De la Parra is back on stage, after his concert with the National Orchestra of Spain, and after the pause imposed by the pandemic; But even in 2020, during some of the most difficult times due to COVID-19, it remained active and innovative: in collaboration with the German television station Deutsche Welle, it convened the Impossible Orchestra, a project in which musicians from 14 different countries but connected via the internet they performed the 'Danzón nº 2' by Mexican Arturo Márquez, one of the director's favorite pieces.

In addition to providing much-needed musical food for the soul, the Impossible Orchestra has raised hundreds of thousands of dollars for foundations that work in support of the women and children of Mexico.