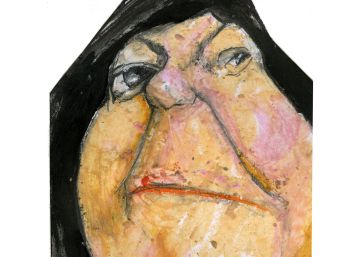 Each new novel in the series Episodes of an Endless War, by Almudena Grandes, arouses the same reflection. In this country of freedoms and consolidated democracy, despite the regrets of many who do not want it to be so and many others who deny it, the political transition from the dictatorship to democracy left some fringes that now does not come to crumble. Although it would come to mind to name one that was imposed as a kind of damnatio memoriae (forgetting by decree) regarding our historical memory. The Francoism, in all its repressive and vindictive extension – in all its superstructural rot – has not surfaced as it should have. As he did, for example, Nazism in Germany, so locked, by the way, with Francoism (Grande himself told it in his previous novel, Dr. García’s patients). We had to wait until not many years ago to begin to repair the deep social and moral injury left by the sinister dictatorship of Francisco Franco.

Each novel of this Galdosian cycle is a reminder of the historical amnesia that Spain still suffers from Franco. Like every title in the series, Frankenstein’s mother It has a programmatic subtitle. In this case: “Agony and death of Aurora Rodríguez Carballeira at the height of national Catholic Spain. Asylum of women of Ciempozuelos, Madrid, 1954-1956 ”. Without forgetting the argument of the novel, it is necessary to highlight the truly substantial: its formal scaffolding, the confluence of rhetorical resources that make it what it is: a cascade of superb fiction and throbbing credibility, the absence of cracks. That this happens just when the centenary of the death of Benito Pérez Galdós, to which this novelesque cycle owes so much (without dependencies, except in the respect that Almudena Grandes places in narratively observing the same formal care and scrupulousness that the Canarian writer put at the service of his historical time), is more than a coincidence (or causality, no matter what), is the result of a narrative effort of the shaft.

In this key the reader will access the historical information provided by Grandes. Thus we have in the first place the triangle formed by its three protagonists narrators: Dr. Germán Velázquez Martín, nursing assistant María Castejón Pomeda and Aurora Rodríguez Carballeira. To these are added a cast of no less than 117 characters, of which 7 are real, starting with Aurora Rodríguez Carballeira, mother and parricide of the famous Hildegart Rodríguez, and ending with the sinister Antonio Vallejo-Nájera and Juan José López Ibor. On the other hand, at no time our author hides the Galdosian reference to Fortunata and Jacinta, with its hundred characters, its three narrative supports in the figures of Fortunata, Jacinta and Juanito Santa Cruz.

Like Galdós and Balzac, Almudena Grandes also rescues characters from other novels in the Endless War cycle. In the novel there are also other references, such as reading by the assistant nurse of The Miserables, from Victor Hugo. Thus we travel through the women’s asylum in Madrid, through neutral Switzerland in World War II; by the interference of the Francoist health authorities, controlled by the aforementioned López Ibor (who subjected homosexuals to electro-shock sessions to “cure that disease”) and Vallejo-Nájera (who believed that science could remove “the degeneration gene red ”), in the treatment of psychic ailments; for the theft of children, children of Republicans, to deliver them to Catholic families (something that decades later also practiced the Argentine dictatorship between 1976 and 1981); and for the sadness, for the helplessness, but also for the moments of full love, of infinite goodness in the midst of impiety and that daily anxiety.

In historical time, the novel runs between 1954 and 1956. In mental time, the novel goes back to the Civil War and advances until 1979, the year in which one of the narrators, the psychiatrist, publishes a book entitled Frankenstein’s mother, without knowing exactly if it is what we read or only a clinical report on the treatment given to the mentally ill during the Franco regime.

The three narratives are in the first person. But sometimes those stories look like inner monologues meant for themselves. The dialogues are impeccable, the irony and the incisive humor are not lacking among so much ignominy. There is an absolute sense of narrative speed and pause. I do not want to finish this review without mentioning a process of the novel that led me almost miraculously to the interior monologue with which it ends Ulisesby James Joyce. It is a memory that emerges in the sentimental memory of María Castejón: “Tell me yes, she asked me, and I told her, yes.” I hope I have transmitted the immense literary pleasure that this luminous novel gave me.