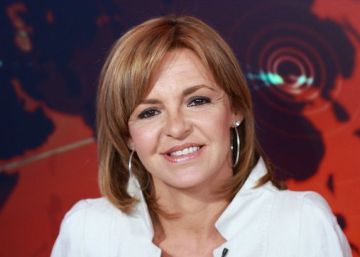 The journalist Almudena Ariza Leave the TVE correspondent in Paris to position yourself at the head of public television news, where he will assume the task of piloting the digital transformation and the adaptation of the contents to the new habits of news consumption. His appointment has been announced on Tuesday and replaces Begoña Alegría in office, which took over one of the most sensitive areas of the corporation following the appointment of Rosa María Mateo as sole provisional administrator, in July last year.

Born in Madrid in 1963, Ariza was a fighter in favor of informative independence, neutrality and rigor in the public entity. He is known for participating very actively in the protests against the line followed by the Torrespaña managers during the stage in which José Antonio Sánchez, appointed by the PP, held the presidency of the corporation. From his position at the New York correspondent's office he adhered to the black fridays, an action with which RTVE workers claimed information without ideological biases or partisan manipulations. Ariza then claimed "a good captain with clean hands" to guide the RTVE ship.

Ariza arrives in Torrespaña with extensive experience in TVE news. He has performed all kinds of informative tasks. She has a degree in Journalism from the Complutense University of Madrid and began working on public television at age 25. In these years she has been editor and presenter of the Newscast at different stages and has presented Weekly report. As a reporter she has been in dozens of information coverages on all continents. He has been a correspondent in Asia Pacific for three years, based in Beijing, and seven years, a correspondent in New York. He currently held the Paris correspondent.

Ariza assumes the new professional challenge "counting on a wording that he hopes to convince and motivate," according to a statement distributed by the chain. He says he arrives “with enthusiasm, conviction and energy” and that he wants to “work to maintain and increase the current audience, with new formats, attractive, interesting and that help us to incorporate the youngest audience”.

The first. Thank you, @AlegriaBegoa for having done the most difficult. Return credibility to the news and teach again the muscle of writing, full of talent and commitment. Now I take over. With the idea of ​​continuing to push. 💪The goal: digital transformation https://t.co/jzoyko70HP

One of the biggest challenges will be to raise the audience of the news, which lead the private networks, and also design innovative formats with an eye on digital media. In this area, the journalist created the podcast interactive Dreamers, that collected stories about the life of Spaniards determined to fulfill their dreams in New York. Among them, he recounted the adventures of two flamingos embarked on Madonna's tour or the success of the most watched Spanish television channel host in the city.

Ariza replaces Begoña Alegría, who ceases in the position of her own free will after an intense stage in which she and her team have managed to return credibility and plurality to the TVE News. The designation of Almudena Ariza will be submitted by the Information Council to a non-binding referendum in the Drafting

The journalist assumes the position at a time without large audience figures, but when the public's perception of the news has begun to improve. In a year plagued with special events, be it the two general elections or the sentence of the you process The group has displayed a renewal air in its coverage that has won good reviews and some joy in the audience data (it had a 10.9% share of the screen in the 10-N elections, and 11.5% the 28-A). According to a study recently published by the National Commission of Markets and Competition, less than 20% of viewers criticized their news for lack of neutrality. It is the lowest figure in the last four years and represents almost ten points less than in 2018.