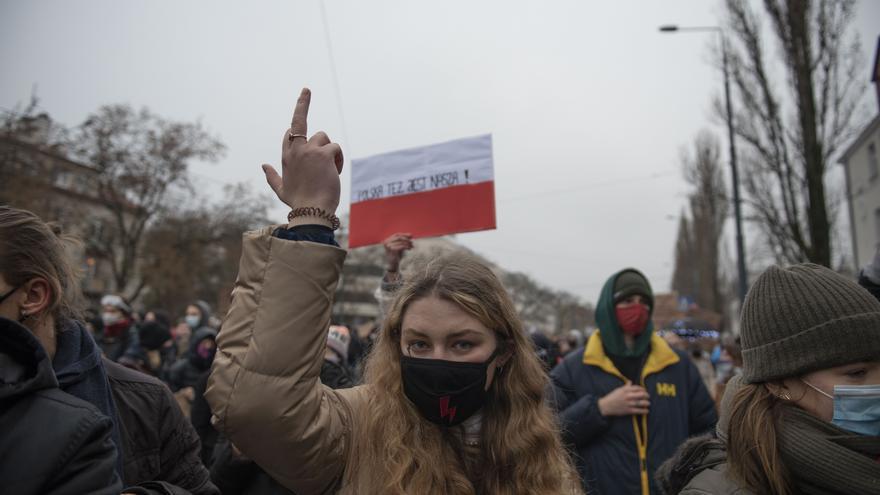 The Government of Poland has announced that the ruling of the Constitutional Court, which in practice implies an almost total ban on abortion in the country, will finally come into force this Wednesday.

The Government Information Center of the country has announced it via Twitter. "In accordance with constitutional requirements, the sentence will be published today in the Official Gazette," the publication states.

In october last year The Constitutional Court toughened the outlawing of abortion and ruled that the interruption of pregnancy due to malformation of the fetus was unconstitutional. The court responded in this way to a complaint filed three years ago by a group of parliamentarians from the political party Ley y Justicia (PiS), who considered malformation abortion a form of eugenics. Furthermore, they stated that it does not respect human dignity and therefore could not have a place in the Constitution.

According to data from the Ministry of Health, 1,110 legal abortions were performed in Poland, a country with almost 38 million people, in 2019. Of these, 1,074 (96%) were carried out due to serious problems of the fetus.

The historical demonstrations that took place in the country after the controversial ruling they managed to stop to the Government of the country, which should have originally added the decision in the Official State Gazette at the beginning of November. Almost three months later, the reform is finally made official.

From this moment on, this medical intervention will only be considered legal in cases of rape, incest or where it can be shown that the pregnancy poses a risk to the mother's health.