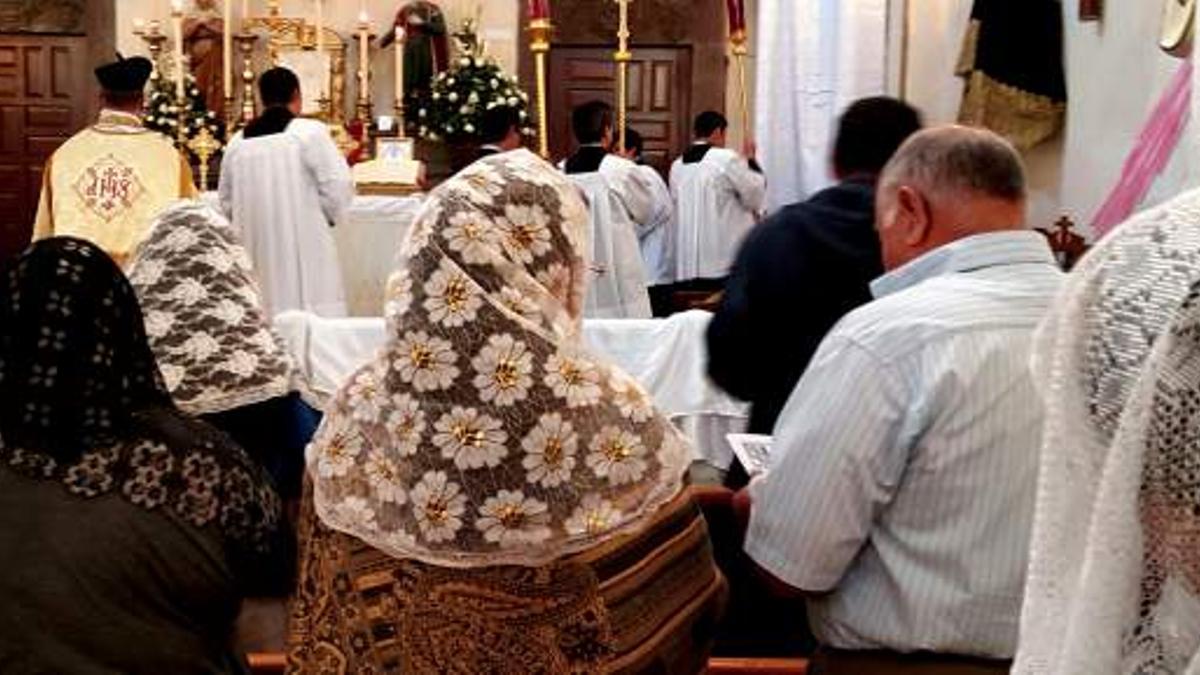 They are all who are, but there are not all who are. Around 45 signatures come out of false neutrality and directly attack Pope Francis in the volume From the Peace of Benedict XVI to the War of Francis (Angelico Press) that goes on sale today in the United States and will soon see the light in other countries, including Spain. Among the signatories, some of the declared enemies of the Argentine pontiff: Müller, Sarah, Brandmuller, Burke (the anti-vaccine cardinal who is still recovering from the coronavirus) or the Chinese Zen, among the cardinals; and characters known for their ultra positions, such as the former nuncio Viganò or the Mexican Héctor Aguer. Among the Spanish, many absences. In fact, only one signature, and he is not a cardinal, nor a bishop, nor even a priest: the writer Juan Manuel de Prada.

The list of authors of the volume, edited to openly criticize the Pope’s order to eliminate the masses in Latin, with his back to the people and with separation of men and women, defines the extent to which there are few, although very powerful, ecclesiastics who no longer have afraid of taking a stand against Francisco. Only 45 authors, of whom only five are cardinals, another five bishops, eight priests, two religious (one with a pseudonym, in addition) and 27 lay people. None of them now have effective responsibilities, but until recently two of them (Sarah and Müller) ran two of the most powerful Vatican ‘ministries’: Divine Worship (on which Masses depended under the Tridentine rite) and Doctrine of the Faith. A full-fledged declaration of war, especially when Francis has stepped directly into the changes both in the Curia and in the synodal organization of the Church.

“These are some of the authors of the new book against Francis (…). It is curious that they persecuted Latin American theologians and now attack Pope Francis. It would be interesting to know what Benedict XVI thinks of the title they chose,” says the theologian Rafael Luciani before critics opposed to Francis, among whom is neither the Pope Emeritus nor his personal secretary, Georg Gänswein. Nor, any Spanish prelate, despite the fact that some, such as the bishop of San Sebastián, José Ignacio Munilla, have left their mark this weekend by questioning the opportunity for the Pope to receive Joe Biden and allow him (according to statements by the president from the United States, not denied by the Vatican) continue to receive communion, despite the voices that demand that he be denied communion because of his support for abortion. Nor have they dared to sign Spanish ecclesiastics such as Rouco Varela or Jesús Sanz, openly opposed to the ‘Bergoglio style’.

And why are the critics protesting this time? For the publication of Traditionis Custodes, the papal Motu Proprio that regulated the Masses under the rite prior to the reform of Paul VI. The masses in Latin, with their backs to the people, with a man-woman separation, which had become centers of resistance to the reforms in the Church and which, as happened with the Lefebvrians, were one step away from schism.

“This book is not, and is not intended to be, a presentation of ‘both sides of the argument.’ It offers a variety of criticisms of this deeply reckless and unpastoral decree, which suffers from incoherent doctrinal foundations, serious moral and legal flaws, and impossible implications. ecclesiological “, they maintain from the publishing house.