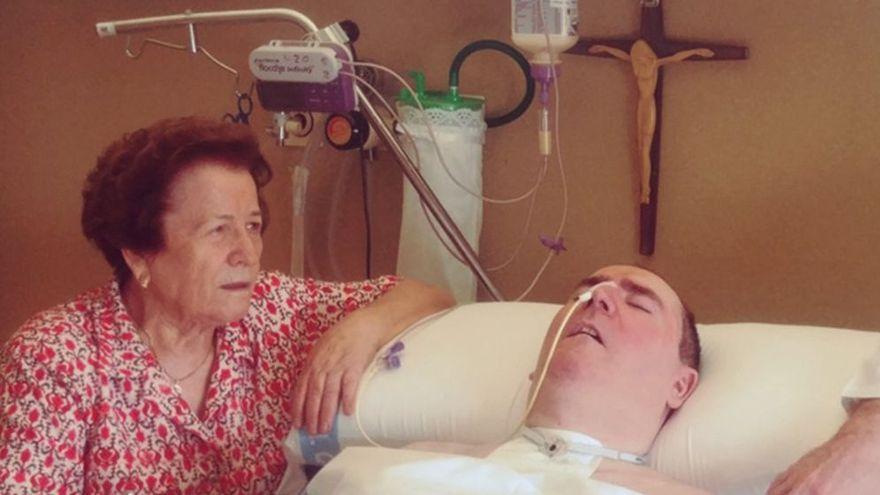 His name was Juan Manuel Igualada and he was 19 years old when 27 years ago his life was cut short. She was doing andl Compulsory military service in Ferrol when he suffered an accident during maneuvers on the way to Madrid. He was trapped in the jumble of iron and as a consequence of the terrible injuries he suffered, he was prostrated in a bed at the Gómez Ulla Central Defense Hospital. in a vegetative state for 27 years. After almost 30 years, the last soldier in Spain's compulsory military service has passed away.

The story of Juan Manuel is the story of Milagros, his mother. From the moment of the accident and the fateful diagnosis, Milagros has devoted herself to her son, the youngest of four brothers. There was no other option. Juan Manuel suffered serious head injuries and the doctors could not do anything by him since the evidence left no room for doubt. Juan Manuel had brain injuries serious enough to diagnose that he was in a persistent vegetative state (PVS). And so for 27 years. He maintained his cardiovascular, respiratory, renal, thermoregulatory and endocrine functionsas well as sleep-wake alternation, but Juan Manuel did not show any type of contact with the external environment and no voluntary activity.

The case of Juan Manuel is unique. The young man was doing his military service when he had the accident that left him in a vegetative state. However, the soldier has not ceased to be linked to the army. It is paradoxical. From the moment of the accident the army took over him and his treatment and has done so for almost 30 years. In fact, administratively Igualada has continued to appear as a soldier in compulsory military service, an administrative situation in which he was kept to continue being treated by the Military Health Service.

Together with Juan Manuel, his mother who did not hesitate to pause her life to take care of her son, they have been part of the Gómez Ulla hospital for almost three decades. The family did not have a house in Madrid and Milagros has worked miracles to endure and cope with the situation. Much of the last 27 years has been spent in his son's room. Taking care of him, trying to interpret the gestures of Juan Manuel's eyes, searching in them for some sign, some nook of conscience and hope.