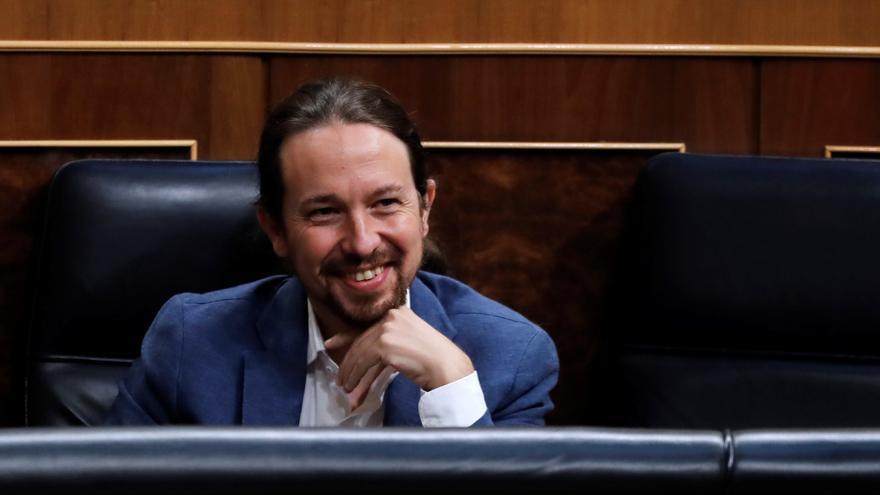 A total of 18,791 supporters of Podemos have registered during the last month in the new census of party members, who will from now on pay a fee of three euros and will be able to participate in the election of the ‘links’ of the circles (the basic structure of the party) and municipal organs in autumn.

Podemos will thus revalidate 747 of its previous circles with these “provisional” figures, given that it is expected that in the next period of adjustments and corrections, new base groups may be created, born from the militant extension itself. This process to register as a militant, within the new organizational model of the party, opened in mid-September and closed at midnight yesterday.

The census, in any case, will remain open to anyone who wants to sign up from now on, since this campaign to join the militancy is “the beginning” of a “dynamic” process of “accumulation of forces”, which in Podemos they hope will be “sustained in time “and will promote a party” better rooted “in the territories. Finally, from the training led by Pablo Iglesias, they assure that the involvement of all the Regional Organization Secretaries “has been maximum when it comes to spreading the idea and landing the importance of this new model.”

New strategy to strengthen the party

The strategy promoted by the State Organization Secretariat, aims to reinforce the territorial structure of Podemos, strengthening its local implementation, and moves towards a more traditional party model. In addition, it is a recognition of the members with the greatest involvement and participation in the daily activity of the party, who will thus be able to elect the representatives of the circles.

In the last Citizen Assembly, the creation of the figure of the militant was approved, a member of “full right” who will have “voice and vote” to elect the representatives of Podemos in the municipal management bodies, together with the payment of the quota of three euros.

Since its creation in 2014, there has been a registry of registrants, who were not obliged to make contributions to the party and who may continue to participate in voting in other areas, such as choosing lists and electoral programs or possible alliances.

More than half a million registered as supporters

According to the data collected on the party’s website, there are currently 529,481 people who sympathize with the acronym. In the last consultation that they carried out in November on entering the coalition government, and when the figure was around half a million, it was estimated by the party that less than half were “active”, about 230,000.

However, in Podemos it was already opened in 2017, when the anti-capitalist and errejonist sector were part of the party, a census of militants (in this case without payment of quota) that sought to know the ‘muscle’ of the party at the municipal level. Then, 14,243 people were registered in this process, due to the volume of affiliation currently registered is higher by about 4,600 people in this first phase.

In addition, that initial figure from 2017 evolved in the following three years to around 22,000, so that in the new process, 75 percent of that number of militants is reached.

On the 30th there will be the first census of circles

To be a member of Podemos, it is necessary to be previously registered, the aforementioned payment of quota, to join a circle or indicate that a new one is being built and comply with the party documents.

Unemployed people, in a situation of social vulnerability, as well as students, pensioners or people in a precarious situation who have income below the Minimum Interprofessional Salary, who must provide an affidavit, are exempt from paying the quota.

Starting on Friday, a period opens to correct incidents and formulate specific changes in the final election of the circle. On the 30th, the first definitive census of circles that meet the activation requirements will be ready.