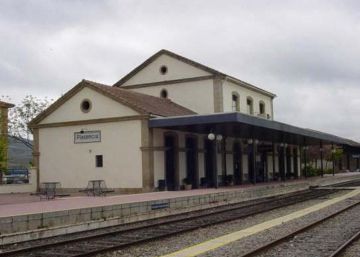 A total of 147 railway stations have eliminated since January 1 the sale of tickets at the ticket office due to their low passenger traffic, as reported internally Adif to their staff that provided these services, they informed sources of the railway infrastructure manager.

The measure is part of an agreement they reached Renfe and Adif for the passenger transport company to assume the sale of tickets in those small stations where this service was still provided by personnel of the railway manager.

Due to this agreement, which was not public, Adif stopped providing this service because, due to the liberalization of passenger transport in the EU, it was not convenient for the manager to assume a ticket sales task for an operator like Renfe, compared to the rest of potential competitors.

In fact, since 2017, Adif, which is responsible for the management of both the roads and the stations, had already transferred to Renfe most of the sale in the places with more traffic, and there were only these 147 stations where the face-to-face ticket sales were carried out by Adif staff who, in addition to their circulation control work, also carried out this additional function at the ticket offices. The measure, therefore, will not involve any dismissal, since Adif staff will continue to carry out their usual work related to traffic control and maintenance.

The measure of the closing of ticket offices extends to almost all the autonomous communities but the most affected are Andalusia, with 20 stations, Castilla y León (15), Castilla-La Mancha (15), Extremadura (12) and Galicia (10).

Renfe has since January 1 assumed the sale of tickets in these locations. The operator informed on Wednesday that in general it will assume the face-to-face sale of tickets in those stations that have a daily average of more than 100 passengers uploaded and a certain volume of sales at the box office. To do this, it will soon call a contest for the award of this service to an external company.

At the same time, all stations will have self-selling machines, so they will be installed where there are not yet. Likewise, travelers will also be able to purchase tickets at Post offices, after the agreement signed by both companies last October, which is a new channel for the sale of tickets for Ave, Avant and medium and long distance trains.

Travelers will also have the possibility of using the company’s own ticket sales channels such as the web, the mobile application, the telephone purchase or through the intervenors on board the trains. In addition to these channels, Renfe will make available to the travelers a telephone service number at the stations to resolve all queries and situations that may arise, which will be indicated at the station itself.

Renfe has indicated that it has initiated contacts with all local and regional institutions for some weeks to inform about the measures that the company is taking to facilitate the sale and access to trains from the stations managed by Adif.