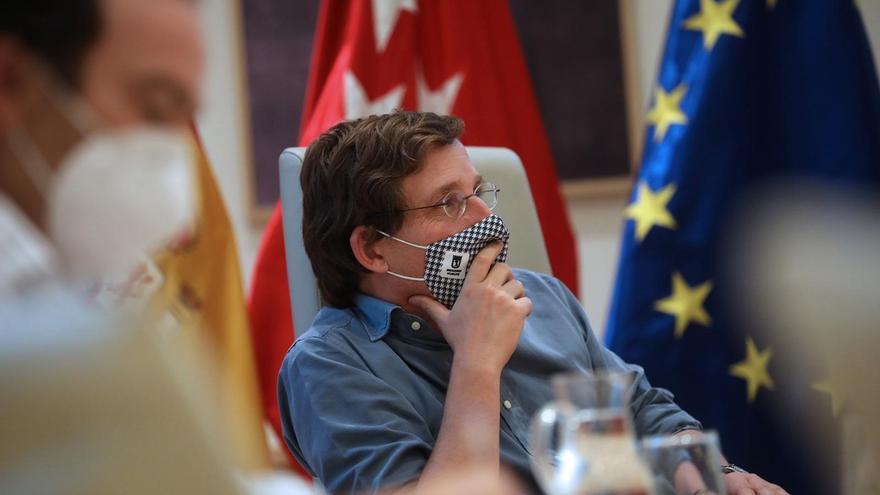 The coalitions of PP and Ciudadanos in the governments of Madrid insist on general tax cuts despite the break that the pandemic has made in revenues. Three weeks after the regional president, Isabel Díaz Ayuso, confirm a tax reduction of personal income tax for all sections, the Madrid City Council also continues with its mandate roadmap to leave the Real Estate Tax to the minimum possible while warning of a drop in revenue of € 400 million, predicts that 2021 will be “worse” and asks the Ministry of Finance to allow it to spend the remaining treasury with the argument that “social services are at stake.”

The Financial Economic Plan approved this Tuesday in plenary session, and which will be presented to the Ministry of Finance to comply with the spending rule, reports a reduction of the IBI from 0.479 to 0.453 in 2021. “This relief in the tax burden has its realization in a new reduction of the tax rate of the IBI from 0.479 to 0.453 percent and that is expected to continue in a staggered manner until the general rate is placed at 0.4 percent at the end of the legislature, “says the document. Until now, the mayor, José Luis Martínez-Almeida, had not been clear about the size of the next tax cut and had advanced that it would focus at least on the most affected sectors.

The councilor for the Treasury, Engracia Hidalgo, has specified that the plan has been drawn up in a scenario of “significant uncertainty in terms of income.” “Our electoral commitment is to lower taxes but we have to match it with facing the drop in income,” she said. Municipal sources underline that “there are circumstances that can disrupt the forecasts and projections included in the document.” The pact signed between the PP and Vox that allowed the inauguration of the mayor commits the municipal government to lower the IBI to the legal minimum. The extreme right finds in taxes one of its main ways of putting pressure on governments: it has already overthrown in the Community of Madrid the first decree of Ayuso tax cuts.

The Consistory led by PP and Ciudadanos has had to approve its first budget adjustment plan – as the Treasury forced the Manuela Carmena corporation to do, who came to intervene the accounts generating an unprecedented crisis in the municipal government – after verifying a breach of the spending rule in 254.3 million euros. The document marks the path to return to stability but it will not be until the budgets for 2021 are known when it will be possible to specify what cuts the municipal government of José Luis Martínez-Almeida makes.

The plan has gone ahead with the favorable votes of PP, Ciudadanos and Vox. More Madrid and the PSOE have rejected the document due to the forecast of lower taxes. Councilor Jorge García Castaño (Más Madrid) lamented that the tax cut “will aggravate the fall in income that has occurred.” “It seems that the aid from the central government is financing the tax cuts of the regional and municipal government,” added García Castaño, very critical, like the PSOE, with the “linear declines” without addressing other criteria such as income or property . “We are not going to be accomplices of their tax cuts to those who have more. Never, but now less,” snapped the socialist mayor Enma López.

In the same session, the Plenary also approved the 2019 Consistory General Account, which reveals a remainder in 2019 in local accounts of 1,263 million euros. This account reflects the management of the Government of Carmena, in the first semester, and of Martínez-Almeida, during the second. “It reveals that the management in 2019 has been good,” said the delegate of the Treasury, who added that “the balance sheet shows a net worth of 26,696 million, 3.5 percent more than in 2018.”