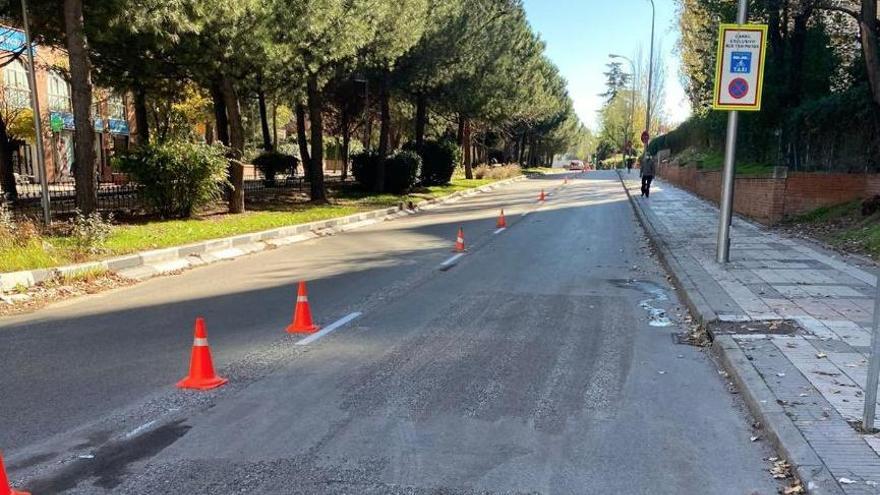 Cars from the Ciudad Lineal district have one more lane at their disposal to circulate from this weekend. The Madrid City Council has reversed a section of the exclusive route for buses and taxis installed since 2018 on Avenida de San Luis.

PP, Citizens and Vox have congratulated themselves on the decision, which they say was a “claim” from the residents of the area. The area of ​​Mobility and Environment justifies that the bus lane has not improved the speed of the two lines of the Municipal Transport Company that pass through the avenue (129 and 150) and emphasizes that it is a section of “750 meters” .

“Today a historic claim of the neighbors becomes a reality. In multiple meetings the Pinar de Chamartín neighborhood association showed us disagreement with this bus lane. From the Ciudad Lineal Municipal Board we support them,” the district president councilman, Ángel, wrote. Niño (Ciudadanos), on his Twitter account.

The group of neighbors that has pushed for the reversal maintains that they are not “opposed to bus lanes, but they are against limiting mobility by posture.” “It is a bus lane that is hardly used imposed to justify kilometers of lane”, ensure through the social network in response to criticism for the removal of the track.

The avenue is made up of two lanes. In 2018, overall traffic was limited to one. In the space reserved then only for buses and taxis, it was common for neighbors to park their cars, according to the former manager of the EMT and responsible for that decision, Álvaro Fernández Heredia, who considers the reversal an “attack on public transport.”

The Madrid City Council explains that it has “analyzed the behavior of this section by comparing the service levels of the two lines (129 and 150) before and after the implementation of the bus lane” and has concluded that “the frequency has increased. in passing and the commercial speed has decreased. ”

The department headed by Borja Carabante also assures that “Madrid will win more than 45 kilometers after making the provisionals that were implemented in May permanent, “in relation to the eliminated section of” 750 meters “.

It is not the first time that the municipal government of PP and Ciudadanos reverts mobility decisions adopted during the mandate of Manuela Carmena. The team premiered at the Palacio de Cibeles eliminating the tactical urbanism of Galileo street, which expanded the pedestrian area through planters, and three months later they removed a segregated bike lane from the Gran Vía de Hortaleza arguing that it was not safe.