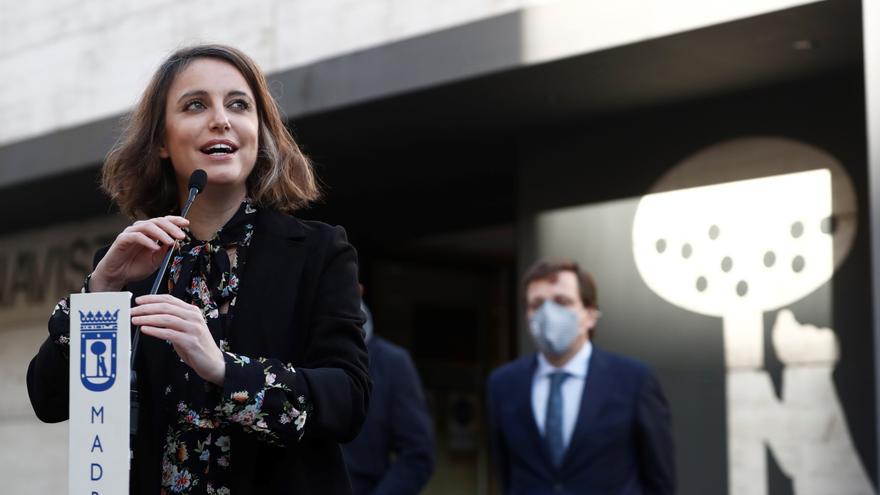 The mayor of Madrid, José Luis Martínez-Almeida, has committed himself to the opposition that the tone of the reply of his Councilor for Culture, Andrea Levy, in the commission of the branch this Tuesday “is an isolated event that will not return to repeat”. The councilor has thus responded to the formal complaint that the councilors of Más Madrid and PSOE Pilar Perea and Mar Espinar sent him through a letter in which both denounced “insults, grievances and disqualifications in the personal, in clothing and in their activity as councilors “by Levy. In subsequent statements to the media, Martínez-Almeida reiterated that her councilor’s attitude “was not in tune with due parliamentary decorum.”

“It is true that the heat of the parliamentary debate leads us all, at times, to harden our comments and raise the tone. But it is no less true that we must at all times comply with the rules of courtesy that we have set for the institutions to function as it is due “, answers the mayor in a letter of just three paragraphs in which he does not defend his councilor. “Nothing is further from the will of this government team than to fuel political tension at these crucial moments for our future,” he adds.

Levy was the protagonist of a media commission, in which all the groups were called upon to discuss cultural issues of the city and, nevertheless, it sneaked into all the newscasts for the way of replying to the opposition. The head of Culture began to lose her temper with the PSOE councilor Mar Espinar. “I can’t deal with his frustration with being nothing and no one,” Levy told him, later adding, “He must be like me.” The mayor had stated in her turn to speak that the councilor was “an expert in cultural posturing.”

The next encounter also took place with the same councilor, whom he accused of “judging” that she was not a mother and called a “macho socialist”. To the same mayor, with an elevated tone, she snapped that she had said “that she got affectionate with a singer-songwriter in the office.” The Culture delegate repeated on several occasions that the opposition judged her “by her personal life.”

The president of the commission, Paco Pérez, had to call the delegate to order after she affirmed that the necklace worn by the mayor of Más Madrid Pilar Perea was so “large” that it would cause “cervical damage.” Levy also replied to Pérez, raising his tone: “Is the gentleman from Más Madrid going to tell me how I should make my speech as a delegate?

For Más Madrid, the mayor’s response is not enough and demands an “apology” from Andrea Levy. “We have the right to make a respected opposition. We have not received an apology from Mrs. Levy, who behaved in an unacceptable manner. As long as the apologies are not produced, we will not be able to be satisfied,” said the spokeswoman for the municipal group, Rita Master.

Martínez-Almeida has asked the opposition, after hearing their reaction to the response, “not to go much further” than the “question that occurred yesterday.” “I suppose they did not expect a response from the mayor. Now they want Andrea to apologize personally. They have to be consistent. You don’t have to stretch the gum much more,” he concluded.