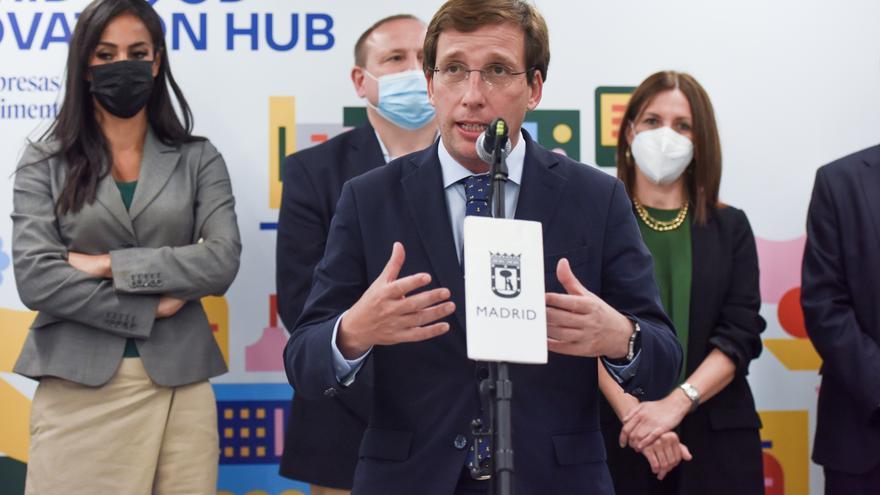 The mayor of Madrid and national spokesman of the PP, José Luis Martínez-Almeida, has assured this Wednesday that he would return to the abortion law of 1985, as Alberto Ruiz-Gallardón, then Minister of Justice, tried in 2013, and that it cost him his resignation after the government of Mariano Rajoy backed down and refused to go ahead with the reform due to social pressure from women. Almeida considers that that was an unfulfilled promise by the PP that has led the formation to lose votes in the following electoral appointments.

“In the Popular Party we have learned the lesson, and in the PP, as we have already said, precisely the non-fulfillment of electoral promises that led the Spanish to trust us has caused a decrease in our electoral support and therefore we have taken note that the Spanish want the electoral commitments that one assumes to be fulfilled and that is the reason, “he assured after being asked about the information he published this Wednesday The country in which it is ensured that the PP would repeal the current abortion law, approved 11 years ago by the socialist government of José Luis Rodríguez Zapatero, although it is endorsed by the Constitutional Court.

Immediately afterwards, the PP spokesman added about his position on this question: “If you tell me, what do you think? I tell you, because I have already said it in public, I would return to the law of 85.” In Organic Law 9/1985, approved on July 5, 1985, induced abortion was decriminalized in three cases: serious risk to the physical or mental health of the pregnant woman (therapeutic case), rape (criminological case) and malformations or physical or mental defects in the fetus (supposedly eugenic). The Zapatero government deadline law came in 2010 and the PP appealed it to the Constitutional Court, which to date has not ruled on this issue.

Almeida also applauded “that doctors have guaranteed conscientious objection” as well as he sees “very well that each doctor can decide in conscience.”

Also the president of the Community of Madrid, Isabel Díaz Ayuso, has pronounced this Wednesday on the voluntary interruption of pregnancy in other controversial statements. Ayuso has defended that PSOE and Podemos treat abortion as “a party or a celebration” and has even affirmed that it should be a decision that is made once and not “four times as many” women do, despite the fact that only 3 % of women have experienced that number of voluntary interruptions of pregnancy.

The Madrid president has defended abortion, although with nuances. “It has to be legal, safe, but rare,” he insisted. Ayuso has defended that the administration has to guarantee that women can interrupt their pregnancy if they wish, but the reality is that the Community of Madrid refers to private and religious centers to which they choose this option.

“This Government fulfills its commitments”