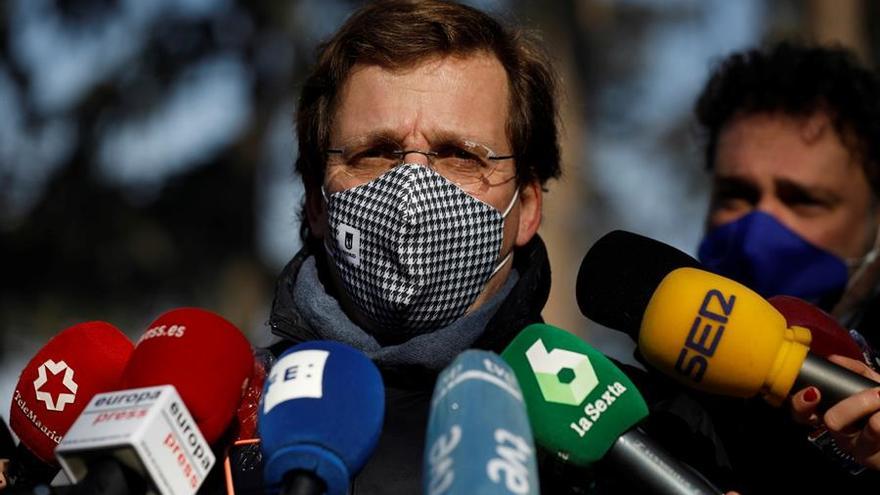 The mayor of Madrid, José Luis Martínez-Almeida, announced this Sunday that the buses of the Municipal Transport Company of the Community of Madrid (EMT) will provide a completely free service from Monday to Wednesday.

“It is essential that the streets are clear so that we can continue working and be able to recover normalcy in all the streets of Madrid due to the meteorological situation that is going to occur. For the first time in the history of Madrid the Municipal Transport Company is going to be free: Monday, Tuesday and Wednesday of this week you will not pay to ride the buses, “the popular politician told the media.

At the same time, he asks Madrilenians not to use a private vehicle “so that all streets are accessible to take advantage of this opportunity that we have from a climatological point of view in the city of Madrid after so many days of snow and extremely low temperatures.”

On the other hand, next week the Regulated Parking Service will also be free. Everything, according to the mayor, with the same mentality: “That all those people who have had to leave their cars as a result of the snowfall do not be alarmed: they will not be fined and they do not have to remove their cars. They can leave it where it was. free of charge throughout the week. ”

“It is an extraordinary effort that has been made during the last seven days by the Madrid City Council and by the people of Madrid, and what remains for us now is to complete this collective effort”, defended Almeida.

However, 10 days after the great snowfall, neighborhood complaints follow one another because basic services still do not reach the door of many houses while the City Council tries to shield its management. The slow cleaning of the streets, by hand and made difficult by the ice, delays the reactivation of basic services in the capital while the City Council defends its “great capacity for coordination.”

“The situation on the streets is still very complicated for healthcare”, Ana Martín told elDiario.es, an emergency technician who has attended several deliveries since the weekend with her mobile ICU. The garbage collectors think the same, who despite the City Council’s order to resume the service, they have still left many trucks in the garages due to the impossibility of accessing a large number of streets. The unions calculated last Wednesday, five days after the collapse due to the snow, that they had been able to collect 30% of the 9,000 tons of waste accumulated on public roads.