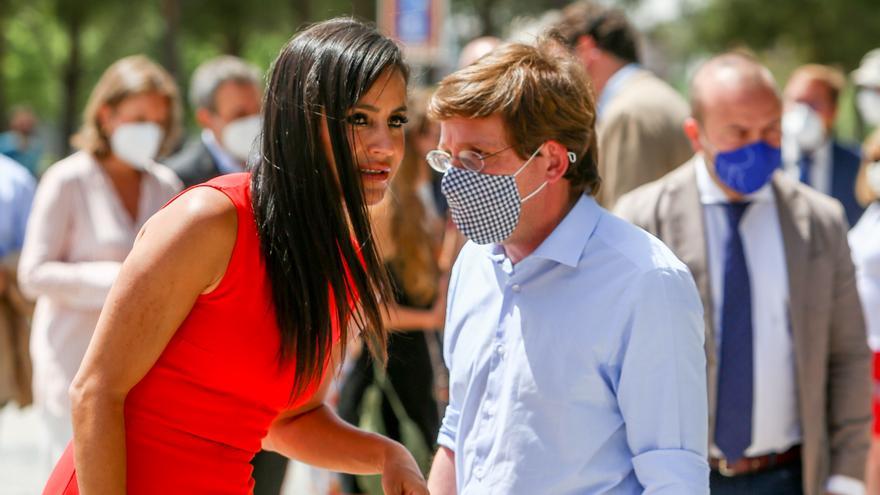 The bad relations between Isabel Díaz Ayuso and Ignacio Aguado have been the talk of Madrilenian political liars in the last two years. Their disagreements caused rivers of ink to flow and the coalition ended up breaking up in the worst possible way: Ayuso expelled the Citizen leader and all his advisers from the Government and called early elections in the Community of Madrid in response to the failed motion of censure agreed in Murcia with the PSOE –which also evicted Ciudadanos from power there–. He accused the former vice president of his government of orchestrating a similar initiative with the left in the Madrid Assembly to unseat it.

While Ayuso and Aguado threw their heads in public and in private and showed their discrepancies, their counterparts in the Madrid City Council, José Luis Martínez-Almeida and Begoña Villacís, exhibited their good, almost idyllic harmony. Photos and smiles, and a unit in the day to day. That electoral advance, which has resulted in Citizens being left without representation in the Madrid Assembly, and the hostile bid launched by Genoa to attract leaders of the formation that declares itself “liberal” to its ranks, tightened the rope to the maximum with the PP.

The misgivings and mistrust were transferred to the coalitions in Andalusia and Castilla y León but they also splashed squarely on the municipal agreement between Almeida and Villacís, which was installed in tension and distrust. The latest disagreement between the coalition partners came on Tuesday with a public disavowal and private statements that speak of a “before and after” in the coalition.

The controversy was unleashed after the statements of Villacís this Tuesday on Cadena Ser, announcing that Madrid will aspire to be the Olympic venue in 2036, an announcement that irritated the mayor’s environment and that blew up the delicate relationship between the two leaders. Shortly after the deputy mayor announced the news, Martínez-Almeida’s cabinet issued an urgent press release to deny it.

“A candidacy cannot be announced without the rest of the municipal groups knowing about it, without having contacted the Government of Spain, or without having spoken with the Madrid’s community, or without an agreement with the Spanish Olympic Committee, “Almeida settled during his visit to the Madrid Zoo the following day. Villacís, far from being downcast, ratified himself in the announcement:” I was not wrong, “he replied to journalists, while remembering to the mayor that his group is responsible for the Department of Sports that directs Sofia Miranda. In addition, sources from Ciudadanos dropped that this aspiration was included in the municipal government agreement signed between the two parties at the beginning of the legislature.

Hours later, the mayor of Madrid received the president of the Spanish Olympic Committee (COE), Alejandro Blanco, at the City Hall, took pictures with him and disseminated them to journalists with a statement in which they ratified that the ‘scoop’ that had given Villacís was true, framing that meeting -which had not been included in their agenda that day- “within the framework of the work” that both had been doing “for months to one day turn Madrid into an Olympic venue.”

As Villacís acknowledged in a municipal act he attended that same day, neither one nor the other had previously spoken. The attitude of the mayor was considered by the environment of the vice mayor as “a disloyalty”, while those of Almeida spoke of the “excessive desire for leadership of the leader of Ciudadanos” whose party has gone into a tailspin.

If the hostile bid launched by the PP against charges of Citizens – not only the jump of Toni Cantó for the Madrid electoral list of Ayuso, but also the attempt to attract councilors of that party towards the PP – has already opened an insurmountable crack in the relations of the two municipal leaders, the friction revealed now in public represent “a turning point” and “a before and after” – according to Ciudadanos – in that idyllic political marriage between Almeida and Villacís that was already beginning to break down . Another evidence was the confrontation over the permanence of the authorized terraces because of the Covid.

“The PP and Almeida treat Citizens as if we were their servant, they believe they are our bosses but they do not understand that we are a different party and we are the same,” says a leader of the Villacís team. “The mayor governs with the polls as if we were no longer here and we are not going to allow it,” he adds.

Despite the evident tension, the municipal spokesperson and delegate of the Security and Emergencies Area of ​​the Madrid City Council, Inmaculada Sanz, tried to reduce it this Thursday and framed that disagreement between the mayor of Madrid and the deputy mayor, given the aspiration of Madrid to be the headquarters Olympic in 2036 in the “specific discrepancies” suffered by the coalition government.

“We are two different parties and we do not always have to have the same positions in everything. The PP and Ciudadanos have on other occasions expressed different positions regarding some municipal matters. But that does not mean that there is a distortion that affects the government agreement.” , assured the municipal spokeswoman in the press conference offered after the Governing Board.

“What I have seen today in the Governing Board is a positive and cordial atmosphere. All issues have been dealt with with absolute normality,” he insisted later. “Obviously, we do not always have to agree 100% on everything or on how we express things, but that does not mean that we are all directed towards the common goal, which is that in these next two years we give the definitive impulse to some policies that are good for the city of Madrid, “he added.

Sanz, however, revealed the discomfort that Villacís has caused in the mayor’s office to rush to give her the news. “This search for consensus is being established” to carry out this possible candidacy: “Madrid has that dream and the groups share that desire that Madrid are owed some games.” In addition, he explained that there is still no date to be able to make that announcement, that they have to “continue talking with all the parties involved,” not only with the COE but also with the central government.

The rupture will not come, both formations acknowledge, but admit that the latest clash between the PP and Ciudadanos in the Madrid City Council deepens the gap between the coalition partners. Relationships have not been good for a long time between the political marriage of José Luis Martínez-Almeida and Begoña Villacís and the denial deepens the distancing with the formation of Inés Arrimadas in its lowest hours.