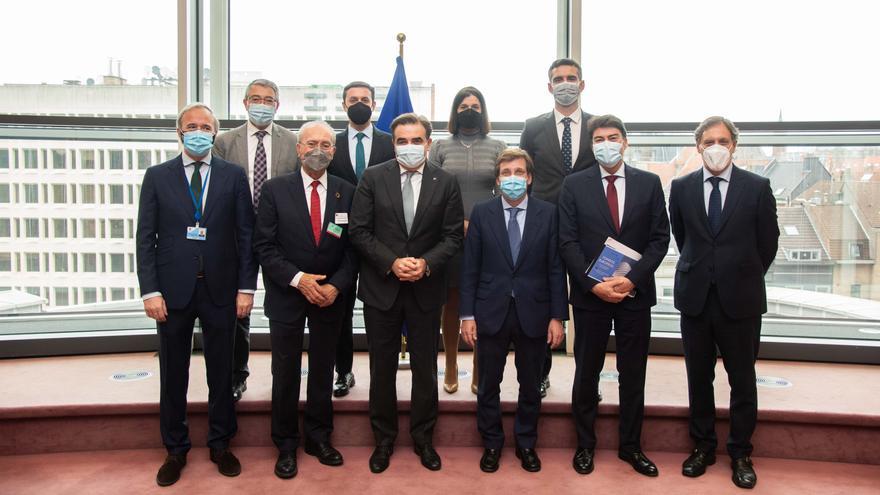 "What they have done is take note of the issues that we have raised." This is how the mayor of Madrid and state spokesman for the PP, José Luis Martínez-Almeida, summarized the day of meetings in Brussels to complain about the management of European funds in Spain.

Third delegation in a week of popular charges that lands in Brussels to amplify its campaign against the management of European funds by the Government. The European Commission has already reminded Pablo Casado's party several times that it delivers the money because "Spain complies" and that there are community control mechanisms to ensure that Europeans' money is managed correctly.

However, after the Andalusian president, Juan Manuel Moreno Bonilla, and the president of the PP, Pablo Casado, this Wednesday the mayor of Madrid and state spokesman for the party, José Luis Martínez-Almeida, arrived in Brussels, accompanied by several municipal officials and to repeat the same message of doubts and shadows about the administration of European funds in Spain.

That yes, Almeida has recognized that the complaints have little echo in the offices of Brussels, where the leaders of the PP are not being received by any authority in charge of the management of European funds, but by related representatives of their political family, such as the Vice President of European Lifestyle Margaritis Schinas –who participated in the last convention of the PP– or the commissioner of Demographic Challenge, the Croatian Dubravka Šuica.

"What they have done is take note of the issues that we have raised", said the mayor of Madrid: "We have presented our proposals and logically they have taken note, and, from then on, they will be the ones who have to decide what It is what can be done or what cannot be done.