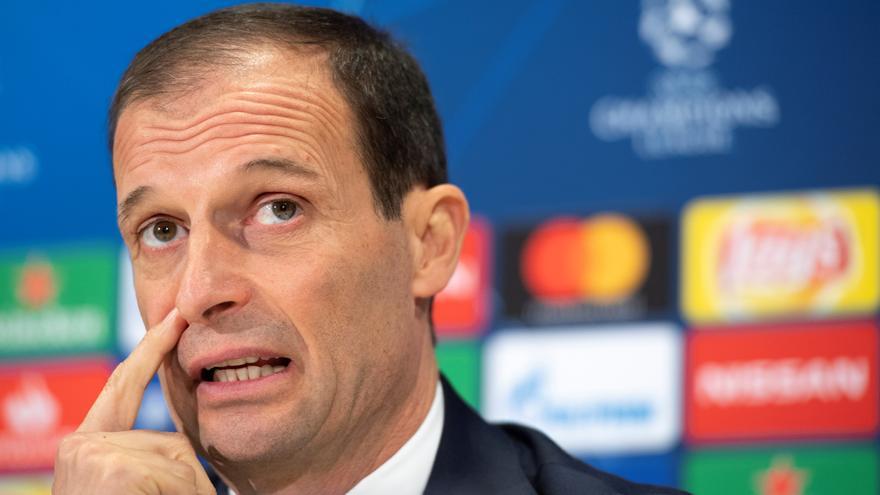 Massimiliano Allegri, new coach of the Juventus Turin, acknowledged on Tuesday that he said twice no to Real Madrid, the last of which a few months ago, and also thanked the Madrid president, Florentino Pérez, “for the opportunity” he offered her.

“I have to thank Madrid and the president (Florentino Pérez) for the opportunity they gave me. Then I reflected and chose Juventus”, Allegri admitted at his presentation press conference as the new Juventus coach.

“It was a gesture of love for a club that gave me a lot and that I enjoy training,” added the Tuscan coach.

Allegri was without a team in the last two seasons and was among the goals of Real Madrid, before the Madrid club ended up betting on the return of Carlo Ancelotti.

Finally, Allegri signed a four-year contract with Juventus, to which he arrives with the ambition of opening a new winning cycle.

He was reunited with the Portuguese Cristiano Ronaldo, whom he already trained in the 2018-2019 academic year in his previous Juventine stage and with which he has for the next season.

“Ronaldo is a great champion, an extraordinary player and very intelligent. I spoke with Cristiano, I told him that this year is important, that I am happy to see him and that he has more responsibility compared to three years ago, “he said.

“He has more responsibility, in addition to scoring goals, I hope he has responsibility, he returned with great athletic condition, then during the year there will be a management,” he added.

He assured that he will already think in which position to align him during the next season, which will also be the last foreseen by the CR7 contract.

He also reported that he plans for Cristiano and Argentine Paulo Dybala to alternate when launching direct fouls and added a consideration that opened speculation about a possible new signing very skilled in free kicks.

“Cristiano shoots well from afar, Paulo from closer. Then we’ll see if a right-handed player arrives who shoots well” he said, a statement that some interpreted as a reference to Bosnian Miralem Pjanic, ex of Juventus and now in Barcelona. Of course, Allegri did not make any explicit reference to the transfer market.