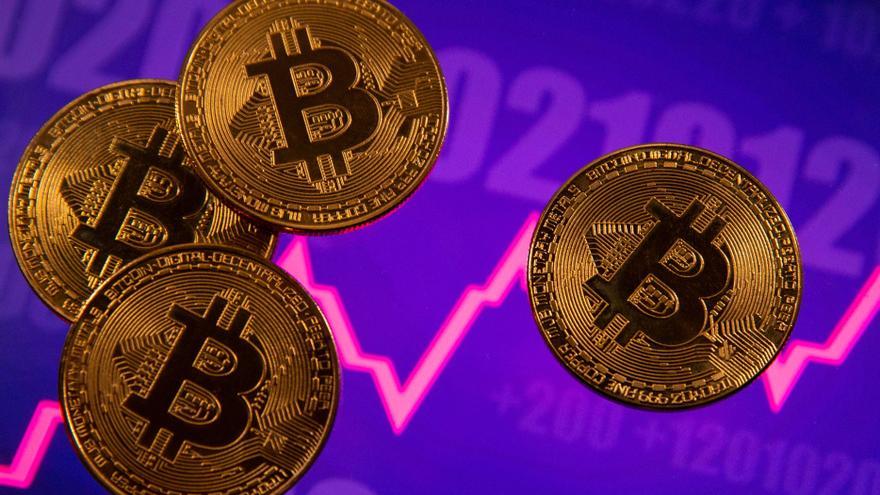 The alleged cryptocurrency scams like bitcoin or Ethereum, have stormed into Spanish courts, where complaints and complaints from thousands of affected people accumulate that have seen hundreds of millions of euros evaporate through pyramid schemes.

Cryptocurrencies or cryptocurrencies They are virtual currencies that are based on encrypted security codes to certify electronic transactions for the purchase and sale of goods and services, and of these there are already about 5,000, although only 40 of them have liquidity within the market.

In September 2020, the total capitalization of this market was 336,000 million dollars. At the moment, in Spain The largest alleged fraud by volume defrauded is that of Algorithms Group, London-based bitcoin investment firm that could have defrauded more than 280 million euros to about 3,000 investors and is already investigating the National audience.

The complaint, presented by Zaballos Abogados, lists a series of alleged crimes such as fraud, intrusion, money laundering, corporate crimes, misappropriation and illicit association, and he goes against Javier Biosca -in search and capture since last May 10-, his wife Paloma Gallardo, and his son Javier.

The lawyer Emilia Zaballos, president of the Association of People Affected by Investments in Bitcoins, advocates for the creation of specialized courts in these operations, and regrets the laziness that, in his opinion, the National Securities Market Commission has shown (CNMV) as the Bank of Spain, which warn about these financial bars but do not prevent them from operating.

Below the volume allegedly defrauded by Algorithms is Nimbus, which according to a forensic report by the Civil Guard would have cheated about 136 million euros. After a complaint in a court in Huelva by the Aranguez Abogados law firm, the National Court must rule on its jurisdiction, after the court was inhibited.

The mastermind of the plot is Andrea Zanon, who between 2009 and 2016 was responsible for the Middle East risk area of ​​the World Bank; In 2020 it created Nimbus in Malta, and in October of that year the company already stopped facing commitments to its investors, around 4,000.

As stated in the complaint, Nimbus followed a pyramid scheme or Ponzi scheme, whereby instead of buying and selling crypto assets, itIn reality, it did not carry out any type of financial activity but limited itself to paying the interests of the first investors with the capital offered by the following ones. The Nimbus operation, which guaranteed returns from between 7% and 15% monthly, it could be constitutive of the crimes of fraud, money laundering and criminal organization.

Another of the cases that the National Court is already investigating is that of Arbistar 2.0, whose economic damage currently exceeds 41 million euros but could amount up to 100 million. The head of the Central Court of Instruction number 4, José Luis Calama, accepted the inhibition of a court in Tenerife on understanding that those investigated, led by Santiago Fuentes Jover, could have incurred in alleged aggravated fraud, criminal organization and a continuing crime of falsification of a commercial document.

Arbistar allegedly concocted a fraud scheme promising investors returns of between 8% and 15% monthly, paying them weekly -always on Saturdays- and giving them the option of adding it to the initial amounts invested or opting for the reimbursement. As in the case of Nimbus, what allegedly happened was that they used a part of the money obtained from investors to deliver it to previous investors in payment of the high interest agreed, says the judge.

Also in the National Court, the support judge of the central investigating court No. 6, Elías Gadea, opened proceedings at the end of April after a complaint filed against the Kuailian cryptocurrency platform, founded in September 2018 by Cristian Carmona, David Ruiz de León, Javier Hermosilla and Miguel Tello. According to the judge's order, investors exchanged euros for Ethereum through a virtual wallet with a 1,000-day contract. The judge has indications that, in addition to the pyramidal operation with cryptocurrencies, Kuailian could have committed tax fraud, being domiciled in Estonia although it operates in Spain, as well as money laundering, although it has not yet quantified the volume of the alleged swindle.