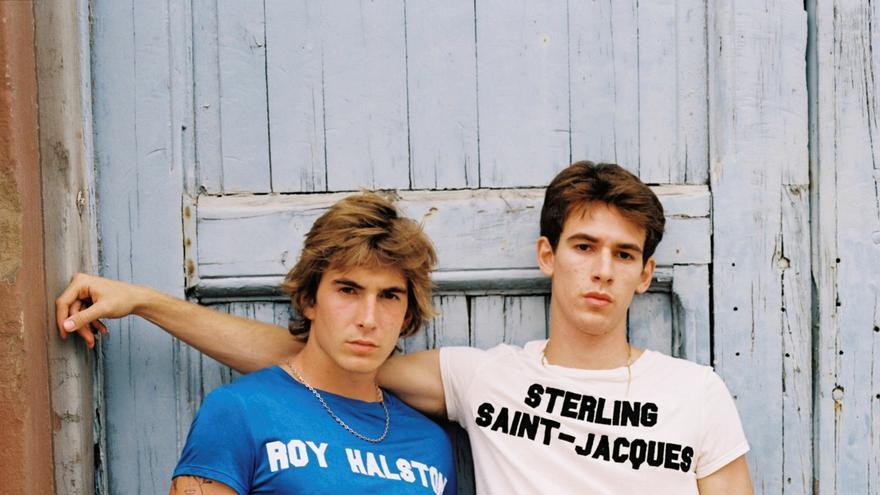 Paris, Jun 27 (EFE) .- Spanish designer Archie Alled-Martínez unveiled his spring-summer 2022 collection this Sunday on the Paris men’s fashion catwalk, where he took a further step in his brand exploring new fabrics and a more accessible design , inspired by the “skateboard” of the 1970s and homosexual liberation.

The creator, born in Barcelona in 1990, pulled the thread that he recently started with the artist Pepo Moreno, a capsule of charity t-shirts with proclamations of the struggle for LGTBIQ rights, and continued with his tribute to the generation of gay liberation of the 70’s.

“I was very interested in the contrast between two such opposite themes. I always take historical elements and mix them with something that has nothing to do with it,” Alled-Martínez told EFE at the Tokyo Palace in Paris, where he presented a sample of his collection .

Although this Parisian catwalk continues with the virtual format, the improvement of the epidemic situation has allowed the Federation of Haute Couture and Fashion and some designers to have a small meeting point with buyers and other members of the fashion industry, such as has been the case of the Barcelona.

The line, with a marked retro air, showed sports shorts with stripes on the side, bomber jackets, high-waisted trousers (for the first time Alled-Martíenz’s jeans are made of denim and not knitted) or cotton t-shirts. with colored piping on sleeves and neck.

At the presentation he reintroduced his T-shirt collaboration with Moreno, with messages from the first Pride in history in 1970 painted on the back, such as “Not all boys dream of being Marines.” These designs are sold to order and their benefits go entirely to the Stop Sida foundation in Barcelona.

Added to them are the t-shirts of the new collection with names such as the actor Al Parker, the designer Roy Halston, but also the model Sterling Saint-Jacques or the Puerto Rican illustrator Antonio López, are some of the creatives who died of AIDS. Alled-Martínez pays tribute now.

“These creatives are part of a lost generation because they died of AIDS and were completely forgotten by the stigma that existed on the disease then,” claims the Barcelona man.

But Alled-Martínez has not abandoned the roots of her firm, with which she caught the attention of the industry in 2018, after graduating in design from Central Saint Martins in London and winning the prestigious LVMH graduation award for her knit tailoring.

The “knitting” continued present in the tailoring, which has been slightly retouched to make it more accessible, or in one of the star garments of the collection, a set of T-shirt and shorts that imitate the pattern of white socks with red and black stripes.

“I already demonstrated that I could make a whole knitted collection, it was part of my innovation, but I was very interested in experimenting with other things and exploring new markets. It can be interesting and offer a more accessible point for other users,” he said.

Reds and blues color this collection with shades such as pale yellow or white, all sweetened in a “vintage” key.

The aesthetics of the seventies skaters was also the key to the video with which the artist presented his collection on the Federation and networks platform, a short short in which he establishes a link between “skate” and sexuality.

The designer, who lived in Paris and has returned to Barcelona during the pandemic, is confident that the next edition of Men’s Fashion Week, in January, will also be his face-to-face return to the catwalk, although for now he will continue to live in the Condal City.

Men’s Fashion Week came to an end this Sunday after six days of virtual presentations, although the catwalk reopens in a week with the Haute Couture shows that, for now, will be mostly digital.