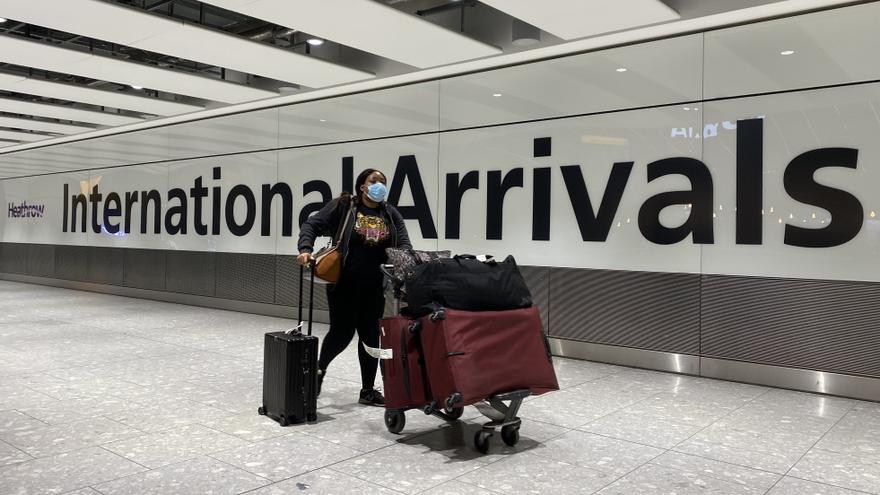 All travelers arriving in the United Kingdom as of next Monday must undergo two COVID-19 tests during the 10-day mandatory quarantine already in force, as confirmed by the Minister of Health, Matt Hancock, during an intervention in parliament. These tests are in addition to the previous negative test that the country already requires from passengers before embarking on the trip.

Hancock explained that the measure is part of the British Executive’s strategy to deal with the appearance of new variants of the virus of concern by strengthening border control. It will apply to both people who are quarantined at home and in the hotels of the new system that is going to be implemented government.

Thus, as of February 15, all people arriving in the country from other parts of the world will be required by law to undergo two more PCR tests, one on the second and the other on the eighth of mandatory isolation. Hancock has specified that passengers must book these tests through a website that will be activated on Thursday.

If any of these post-arrival tests are positive, those affected will have to be quarantined for another 10 days from the date of the test, the minister said. Positive tests will automatically undergo genomic sequencing “to confirm if you have a worrying variant.” The UK is a world leader in genomic surveillance.

Hancock has announced fines for those who break the rule. “Passenger transport operators will have a legal obligation to ensure that passengers have signed up to these new provisions before traveling, and they will be fined if they do not do so, and we will put heavy fines on people who do not comply,” he explained. the holder of Health.

Travelers will pay almost 2,000 euros for quarantine in hotels

On the other hand, all travelers arriving in the United Kingdom from the list of 33 high-risk countries and territories will have to pay 1,993 euros to pay for compulsory confinement in the country’s hotels designated by the authorities. The measure only affects British citizens and residents of the United Kingdom who return from these countries, since entry to the rest of people from the countries included in the list is banned. It also goes into effect next Monday.

The Government has contracted 16 hotels with 4,600 rooms for those who enter the country. “Any resident returning from these countries will have to remain in quarantine in an assigned hotel room for 10 days from the date of arrival,” the minister said. Before traveling, passengers must book online and pay, he has detailed, “a quarantine package that costs 1,750 pounds (1,993 euros) for a person traveling alone, which includes the hotel, transportation and tests.”

Those who do not comply with the quarantine in the designated hotels face fines of up to 11,389 euros and those who lie about their origin hiding that they have visited a country on the “red list” can be punished with up to 10 years in prison, as announced the Minister of Health.

Hancock has said the rules are for England, but decentralized administrations are going to put their own plans in motion. He explained that the British strategy to deal with the new variants consists of four parts. First, reduce the total number of cases. Second, increased testing to deal with new outbreaks. Third, vaccination. And finally, the reinforcement of border controls with this new system that consists of three elements: quarantine in hotels, tests and compliance.

Tags: arrive, Kingdom, quarantine, save, test, three, to be made, Travellers, United, will have