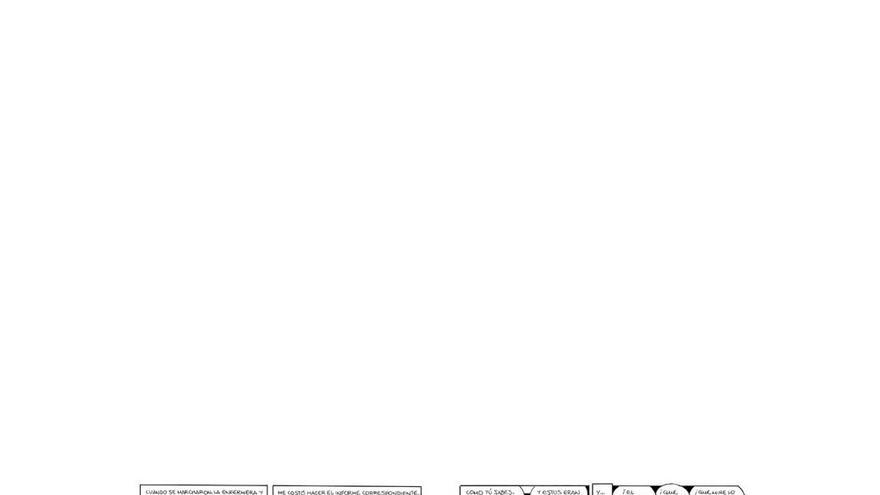 Madrid, Sep 11 (EFE) .- Carlos Giménez is “normal”, because he was fine when he was thirty years old. Even so, and despite being “bald, fat and ugly”, the cartoonist continues “at the foot of the canyon” to offer “The Immortal”, a story in which he travels to the future, because what will come is his “great concern” .

Just in the year of his 80th birthday, Giménez tells Efe that he continues to work every day at his home in Madrid, that small apartment where he faced confinement alone, while watching his bustling street turn into an “empty and desolate” place .

And it was during those months when he drew “The Immortal” (Reservoir Books), because regarding the script, says the author of “Paracuellos”, it was created before the “plague” started, as he calls this pandemic. Therefore, nothing in this comic has to do with the health crisis.

In his words, the great chronicler of the history of Spain does not remember exactly when the idea for this new comic arose, but what he does know is that the character of Homobono is inspired by a person (with a similar name) that he knows.

“He is a very old man who is very afraid of dying. His personality and some of the gags that I tell are taken from his life. And I am sure that this man would love to be immortal. When I play a character, I always think of some of the people I know. It is a resource to make the character more credible, “he explains to Efe.

Thus, in this satire he has made use of science fiction to return to some of the themes he has addressed in previous works, such as “Chrysalis”: getting older, death and the society in which he lives.

That is why on this occasion he gives the voice to Homobono Santos Casas, a retired doctor whose mortality brings him something more than worried, especially when a group of aliens take him to the future and see there how women dominate the planet and that the suicide is the order of the day.

Of course, Giménez is not Homobono, because he does not have “any special concern, no specific one”, for this future that is coming “upon us.”

“All the future, all in block, is my great concern. I am very pessimistic. I believe that women have the right to dominate the world, now it is their turn, but I do not think that the world led by women is going to be better. It is not a question of women or men, it is the human being that fails, it is this society mounted on money and inequality that makes it impossible to harbor any hope, “he says.

A few words that lead him to also express that the future will be “inevitably a continuation of this present, and this present is really discouraging.”

“In any case,” he adds, “I have not wanted in this book to make formal predictions about the future; I have only tried to caricature some aspects of the present and to sharpen a few things, such as nationalisms, the control of citizens or the role of the woman, with the sole pretense of making the reader smile “.

And smiling is something that he achieves, but also reflecting on all that he raises in this book in which he shows that there is still much Giménez to live and enjoy. But it will not be eternal because he does not want to be immortal “at all”: “How horrible! I am 80 years old and I have seen enough.”

Of course, as he acknowledges, visiting the future is something he would like, “but only visit it.”

“Taking into account that this present world is already strange and difficult to understand, that in it I already feel inadequate and out of place, that there are many things that I do not understand, with what I have lived I have enough. But yes, I I would like to visit the future one hundred years from now, like the Homobono in my story. I would like to go, see it, take pictures and come back so that I can later tell it, “he says.

According to what he affirms, something that none of his followers will want to read, Giménez hopes to die “quietly soon”, because with what he has lived he already has “enough”.

“Immortality must be something unbearable. I do not think there is anyone (except Homobono) who, after reflecting on it, wants to be immortal. Immortality is a curse and, if not, ask the Wandering Jew”, concludes the teacher of teachers, like the cartoonist Carlos Pacheco.