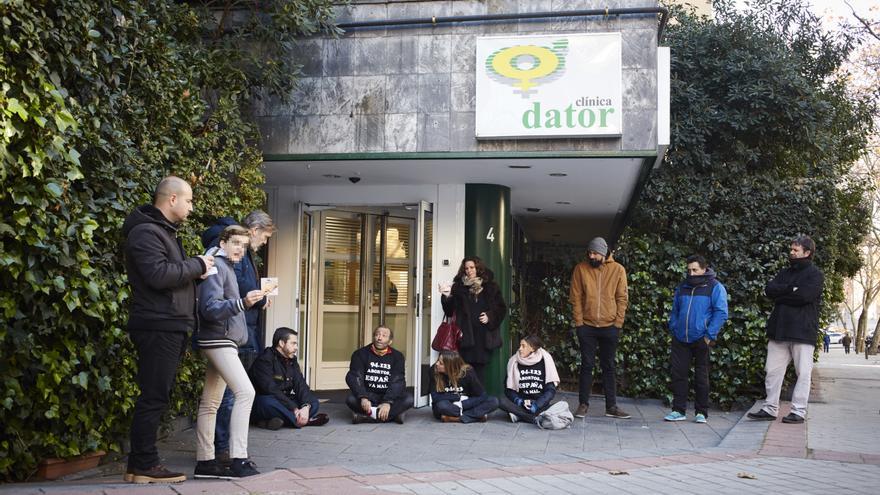 All parliamentary groups, except the PP and Vox, have agreed to go ahead with the process to make harassment a crime in front of clinics where voluntary interruptions of pregnancy are practiced. The PSOE, which took the initiative to Congress, Unidos Podemos, ERC, PNV and Ciudadanos have agreed to a transactional amendment to the project that has already been carried out in plenary session. They introduce two new features, according to the text that elDiario.es has been able to consult: harassment will be punished not only against women who go for an abortion, but also against the health and administrative personnel of the centers, and it will not be necessary for the aggrieved person to report that the crime is prosecuted.

On September 21, the plenary session of Congress approved the taking into consideration of the initiative presented by the PSOE, with the opposition of Vox and the PP, to incorporate a new type in the Penal Code to persecute those who "harass or coerce" women in exercising their right to abortion. He did so with 199 votes in favor, 144 against and two abstentions, and after a debate in which the Vox deputy Javier Sánchez García called the socialist deputy who defended the proposal, Laura Berja, a "witch".

The Equality Commission will vote this Thursday on an amendment to that text that the PSOE, United We Can, ERC, PNV and Citizens have agreed to. The new text includes that the penalties will also apply to those who harass, not only women, but also health workers and medical or managerial staff of clinics and hinder the exercise of their work. The penalties will range from three months to one year in jail or work for the benefit of the community of between 31 and 80 days.

The other novelty is that it will not be necessary for the aggrieved person or his legal representative to report for the events to be prosecuted, something that does happen today: clinics cannot report those who harass women who come to their centers, rather, it must be the women themselves who do it.

The proposal thus continues its parliamentary path. After the vote in the Commission, it will return to the plenary session and then it will go through the Senate. The aim of the groups is to try to end the obstruction of abortion carried out in different Spanish cities by anti-election groups. They are installed for hours in the vicinity of clinics with the aim of persuading women who have already made the decision not to abort. To do this they deploy a battery of actions: from praying or displaying anti-abortion banners to reprimanding women, giving them toy fetuses, offering them ultrasounds, calling them "murderers" or approaching them to try to convince them not to enter. Clinic staff also suffer from many of these actions.