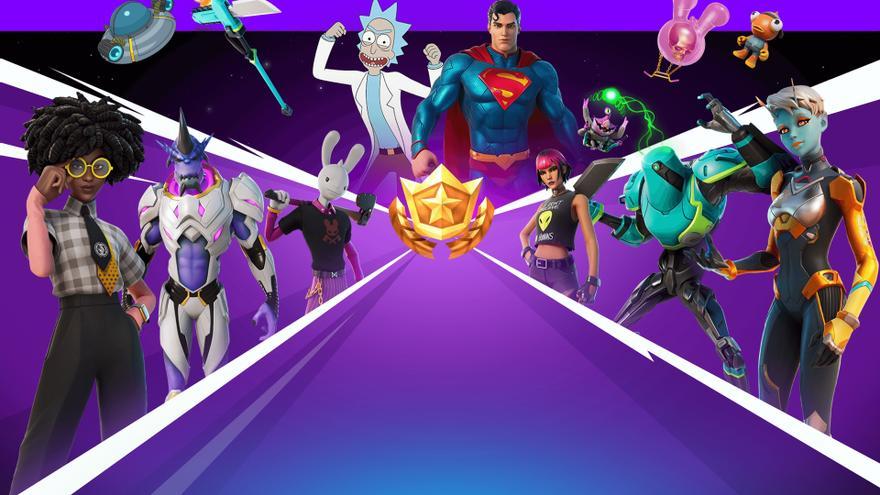 After several weeks in which the company has been giving clues on social networks about what would be the news of this successful video game, with more than 350 million registered users, this Tuesday the trailer of its latest update has seen the light and, immediately afterwards, it has been published so that it can be downloaded from today.

The most novel aspect of this "Invasion" is, precisely, the irruption of an army of aliens that will try to take over the Fornite island, something that all players must prevent, who will also find other new characters on their way.

This new season will not stop surprising fans of this game because, in addition to aliens, UFOs and numerous paranormal events, Superman or Rick Sánchez, the mad scientist from the "Rick and Morty" series, will also appear, as well as other characters such as Doctor Slone, Joey, Guggimon and Soleada -among others-, which can be unlocked through battle passes.

You can also unlock a "skin" (character appearance) of an alien, which, under the name "Kymera", will allow the player to become a being from another planet with a fully customizable appearance.

Beyond all these novelties regarding the characters of the new season of "Fornite", this new update will include changes to the island, new weapons, vehicles (spaceships), battle modes and stories that will make this game even more attractive. , become one of the most relevant phenomena in the video game industry.

A survival "battle royale" mode title in which the last one standing wins, "free to play", although it allows improvements through micropayments to access "premium" content, which has made it for two years in a row the highest grossing game in interactive media history

Chapter 2 of season 7 of "Fortnite" is now available on PC, PlayStation 4 (PS4), Xbox One, Nintendo Switch and Android and iOS devices, and will be accessible after the end of season 6.