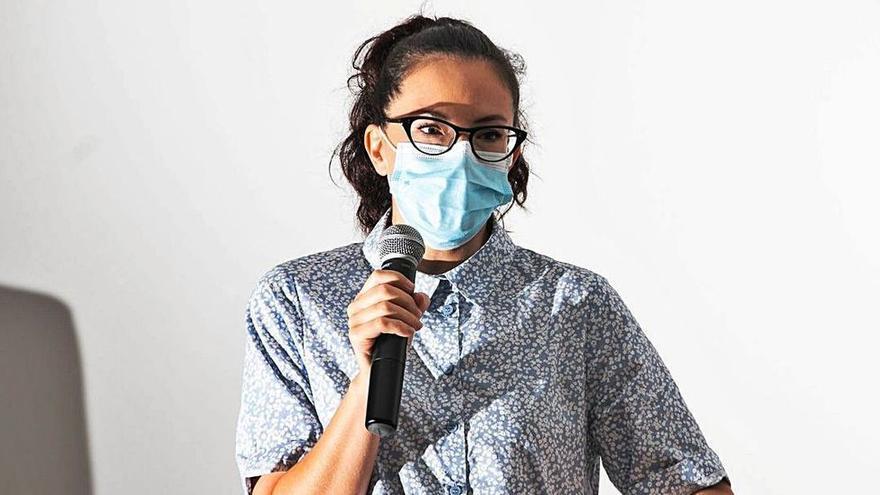 Within the framework of the II Local Day for the Prevention of Hate Crimes, the psychologist Alicia Martín clarified that “this can also be applied to any other victim from another minority group.”

The people of the group go through an acceptance process in which several phases are distinguished. The first has to do with the feeling of difference with respect to the rest. “We are growing up in a society in which heteronorm abounds, which assumes that men like women, and women like men, so it is not blamed that this difference is due to sexuality,” he explained. . Because of this difference, boys and girls are ignored and receive insults, thus leading them to a stage of denial and creating an internalized LGTBI-phobia. Later they go on to a manifestation phase, in which they begin to accept this difference and to look for people in their closest environment who are in the same situation, so that they can integrate into the group and, finally, consolidate.

However, there are several factors that can hinder or delay this process, such as the recognition of a stigma or lack of social support, and even, in extreme cases, violence or harassment.

“In this process, the people in the group are exposed to a myriad of prejudices, which gives rise to a dissociated lifestyle, a low state of mind, and even a suicidal ideation”, explained Martín. «The example to reduce these cases is in the case of Samuel. It is a minority group, but it is made up of many people, who must claim their rights, “he added.

However the positive point All of this is because “it helps to develop strengths, such as resilience or advanced maturity.”

“With the hate crime, not only the rights of the victim are violated, but those of the entire group. It can range from emotional damage all the way to physical violence. It also affects the victim’s family and environment, ”Alicia Martín explained.

The expert ended the talk by talking about the psychological impact it generates on the victims, clarifying that it is both “short-term and long-term.” This ranges from disbelief at the moment of the crime, to the feeling of self-blame, to extreme anxiety, helplessness, and even post-traumatic stress.

The police Carlos Munoz highlights the importance of these days to end hate crimes. Hate crimes do not arise spontaneously, but hate perpetrators follow a process, “said police officer Carlos Muñoz yesterday during his presentation at the Conference on hate crimes that was held at the Fairgrounds. Muñoz addressed crimes and the incidence of hate, as well as the data to file a complaint, and how the National Police Corps acts when faced with a possible hate crime. He also spoke of a mobile app, Alertcops, with which you can communicate a hate crime, connecting directly with the National Police and the Civil Guard. Muñoz pointed out that “radicalization is legal, what is prohibited is violent radicalization.”

“Nobody is forbidden to think one way or another. What is prohibited is that this way of thinking materializes externally through violent acts. We want to try to prevent individuals from reaching that point of violence, “he added.

Regarding children, Carlos Muñoz stated that since Citizen participation They carry out plans to improve coexistence and that train the little ones in the prevention of bullying and cyberbullying. “We have to try to get children to interact in a cooperative model, with the aim that they respect all kinds of ideologies, tastes and sexual orientations,” he said.

The psychologist Alicia Martín “totally agreed” with Muñoz, since “it is something that should be taught from the Obligatory education». “Much progress has been made in this regard, but there is still much work to be done and a long way to go to achieve equality,” added Martín.