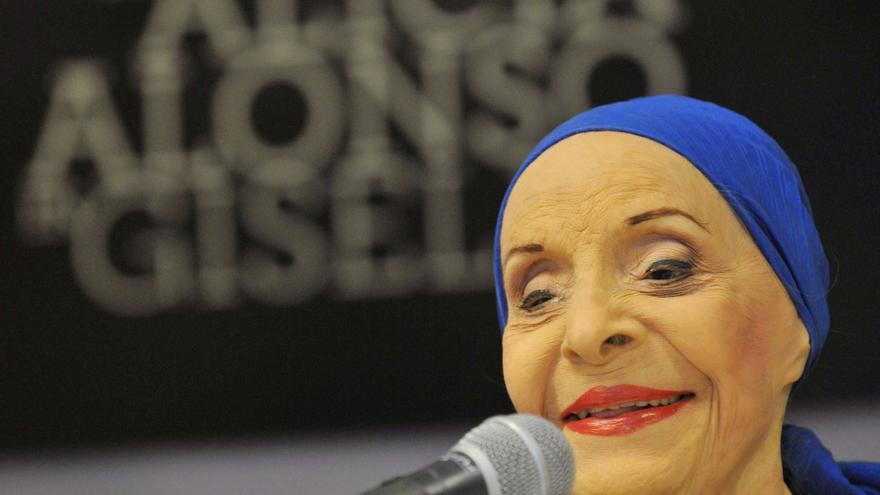 Havana, May 5 (EFE) .- Cuban dancers and dancers from other nations will begin on May 7 a series of gala performances in several cities of Spain to mark the centenary of the legendary Cuban dancer Alicia Alonso (1920-2019).

The tribute will begin at the Auditorio de San Cugat Theater in Barcelona and will tour more than fifteen Spanish cities, including Madrid, Alicante, Zaragoza, Valladolid, Cádiz, Córdoba and Málaga, the National Ballet of Cuba (BNC) reported in a note company that Alicia Alonso co-founded and directed until her death.

The presentations were scheduled for 2020, the centennial year of Alicia Alonso, born on December 21, 1920, but the coronavirus pandemic forced them to be canceled.

Among the interpreters are the Cuban dancers Anette Delgado, Dani Hernández and Ginette Moncho, who will be joined by the first dancer of the Kiev Ballet, Alexis Tutunnique, and the principal dancer of the Teatro Colón in Buenos Aires, Carla Vincelli, along with Javier Torres, currently leading figure of the Northern Ballet of Great Britain.

The BNC explained today that the performances have been rescheduled this year with the collaboration of the Spanish theaters, which will lend their stages, and other organizers.

According to the new programming, the galas will have as a second stage the Principal Theater of Zaragoza on May 8 and 9; They will continue on the 12th at the Romea Theater in Murcia; on the 13th, at the Teatro Principal in Alicante; on the 14th, at the Gran Teatro de Elche; on the 15th, at the Río de Ibi Theater; and on the 16th, at the José María Rodero Theater, in Torrejón de Ardoz.

It will continue on May 17, at the Gran Vía Theater in Madrid; on the 20th, 21st, 22nd and 23rd, at the Calderón Theater in Valladolid; on the 25th, in the Falla de Cádiz; on the 26th, at the Cervantes in Malaga; on the 27th at the Gran Teatro de Córdoba; on the 29th, at the Mira de Pozuelo de Alarcón Theater, and on the 30th, at the El Greco Auditorium in Toledo.

They will be resumed on June 2 at the Teatro Principal de Zamora; the 3 in the Palace of Festivals of Santander; on the 5th, at the Terrasa Cultural Center; and they will close on the 6th, at the Kursaal Theater in Manresa.

Celebrations in Cuba for the centenary of Alicia Alonso last year included several artistic galas at the Gran Teatro de La Habana, which has been named after the iconic Cuban dancer for five years.

Alicia Alonso, who died on October 17, 2019, left a virtuous artistic career for posterity, marked by her acting talent, to which was added her pedagogical legacy and choreographic work.