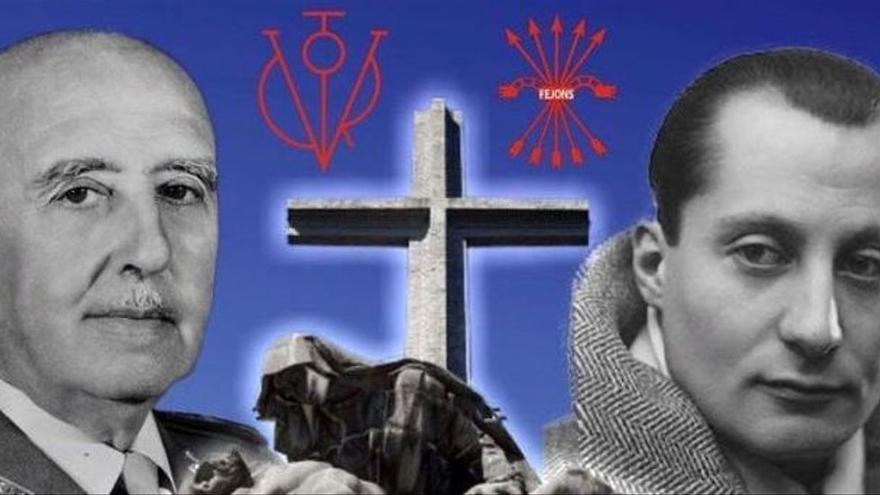 Promotional poster of the mass for the fallen.

From the Co-Cathedral, Dean Ramón Egío assures us that “we cannot prohibit anyone from praying” and considers that the title of the Eucharist “Fallen for God and for Spain” does not have to refer only to the deceased who were part of the Francoist side, but rather it is much more “inclusive”. In addition, it states that the ceremony – which will be officiated by a priest of the diocese of Alicante-Orihuela two days before the anniversary of the dictator’s death – has already been held on the same dates in previous years.

However, in the Consell they do not share at all the opinion of the dean. The CEO of Democratic Quality, Iñaki Pérez, regrets that “what is happening in this country is unthinkable in other places like Germany” and considers that “after 40 years of dictatorship, that have been the darkest time in our historyWe have had to endure 40 more years of exaltation of that era by those who love us without rights or freedom. ” Pérez celebrates that “now we have a law that condemns the acts of exaltation of the dictatorship and an Administration willing to enforce it.“and he defends that” this type of tribute cannot be allowed because there cannot be first-class and second-class victims. ”

Sources of the general direction assure that they are studying the best way to proceed and announce that, in the absence of powers to prevent the celebration of mass, will ask the Subdelegation of government that identifies the organizers for a possible violation of the Democratic Memory Law 14/2007. The rule includes, in its article 61, as a serious offense “the celebration of acts and / or tributes of any nature carried out in public contrary to the democratic memory and the dignity of the victims and their families” as well as those that “involve the exaltation individual or collective of the military uprising or of the Francoism“. An offense that can lead to fines of € 2,001 to € 10,000.